The family of 8-month-old Milagro Torres fights for answers on what went wrong leading up to the infant's tragic death. FOX 26's Sherman Desselle reports more on the story and speaks with the grieving family.

HOUSTON - Milagro Torres, the infant who was given the wrong medication after a procedure at Memorial Hermann in May, has died at 8 months old.

Her family tells FOX 26 she passed on Nov. 14. "We still don't know what happened," says her sister Olga Menjivar. "I'm trying to ask God to please help me understand. I saw my sister suffer so much in there. It's like a wound in my heart that's never going to recover."

At 22 days old, Torres was admitted to the downtown location for a procedure on two veins near her heart. The surgery was successful, but her mother Maria Torres was told by the hospital the infant was given the wrong IV fluid after surgery. It caused severe damage to her brain and kidneys. 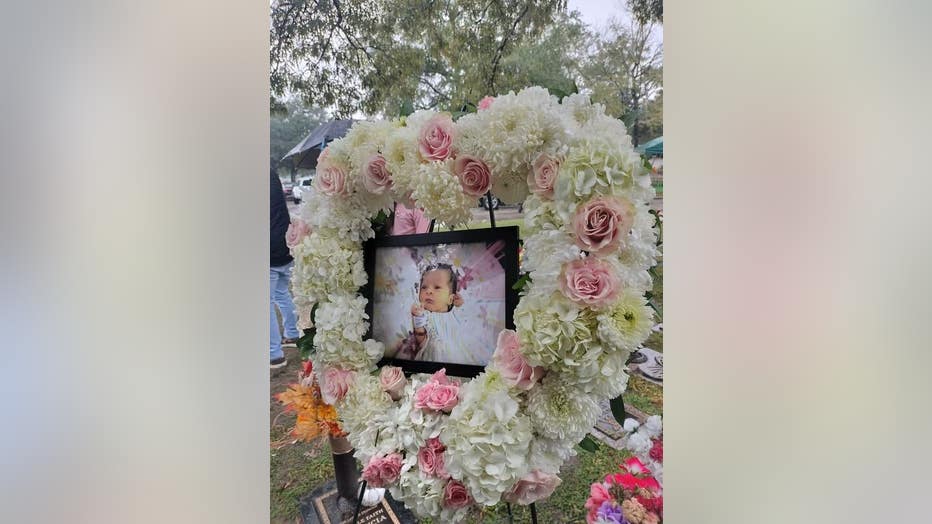 Flower arrangement for 8-month-old Milagro Torres at her funeral on Nov. 19.

The family attorneys told us in September Memorial Hermann had advised the mother to cease treatment and allow the child to die from her injuries, but she wanted to keep fighting. Menjivar says for a short while, things were hopeful.

"The bag where she was getting the fluids from was working super well...and in just a couple of days, my sister goes all the way down," says Menjivar.

The family says doctors have not communicated with them about the official cause of Milagro's death. For months, they tried to transfer her to another facility - a total of 32 hospitals denied the request. 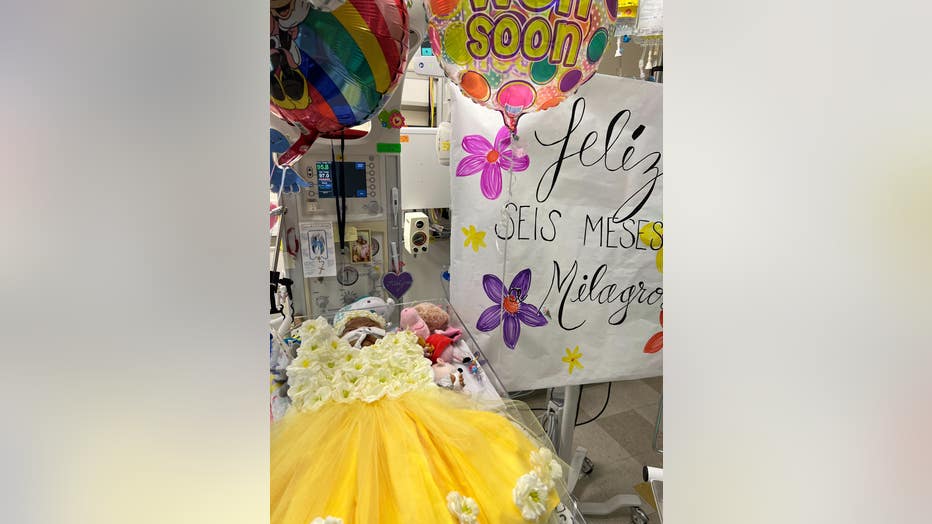 The family of Milagro Torres celebrated her at 6 months old while hospitalized at Memorial Hermann due to a medical injury.  (Family photo)

Memorial Hermann released a statement to FOX 26 in regard to the family's claims and concerns:

"Any time any patient passes away, we grieve alongside their loved ones and feel that loss as well. Due to patient privacy laws, we are unable to comment on any specific patients or the details of their care. For all of our patients, we are committed to delivering safe, compassionate and high-quality care."