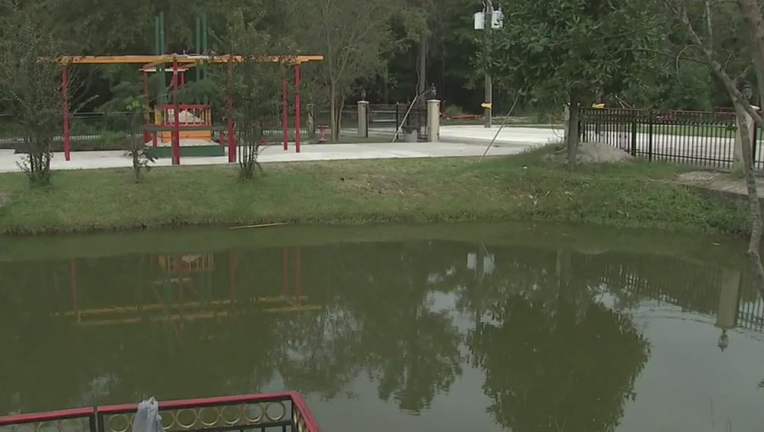 Investigators say the four-year-old girl wondered off from class and was found in the pond.

A four-year-old girl died after being found in a man-made pond at a Cambodian Buddhist Temple in Harris County.

The four-year-old girl was a special needs child who was visitng the temple for a Sunday service.

Temple prayer leader Cheacosarl Koeuth says all the adults and children were inside one room for Sunday morning prayer around 11 a.m. He says he remembers seeing the child with her younger sister, but the child somehow wandered away from her family.

"They found her socks around the perimeter. They immediately focused on the pond at that point, because they had already searched the other areas of the temple," said Harris County Sheriff Ed Conzalez.

Cy-Fair EMS and the Ponderosa Fire Department pulled the 4-year-old from the bottom of the pond, which is about six feet deep.

Investigators estimate the child was under water for about 10-15 minutes.

The young girl was lifeflighted to an area hospital where she regained a pulse.

Harris County Sheriff Ed Gonzalez confirmed around 8:30 p.m. that the girl was pronounced dead at the hospital.