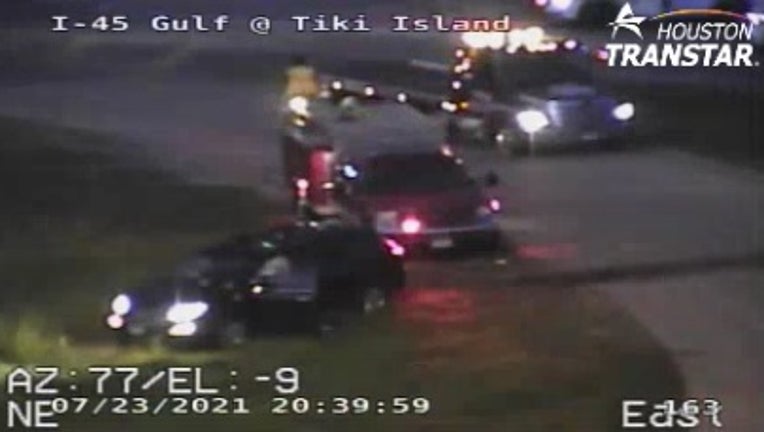 GALVESTON, Texas - One man was arrested following a one-vehicle crash that injured four children in Galveston.

The crash occurred near Tiki Island when the vehicle they were in crashed after exiting I-45 northbound, veered off the highway and into a grassy marsh.

Galveston County Sheriff Henry Trochesset said there were two adults, a male and a female, and eight children in the vehicle.

Trochesset said none of the children were restrained.

Officials said of the four children that were injured, the most serious was a broken leg.

The four children and their mother were taken by ground ambulance to UTMB Health John Sealy Emergency Center.

The male driver was arrested and faces a charge of intoxicated assault. He will be booked into the Galveston County Jail on a $50,000 bond, officials said.