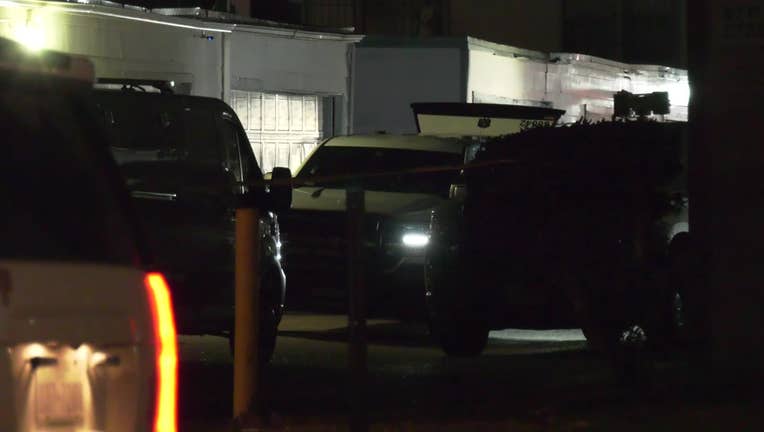 Harris County Sheriff’s Office Homicide and Crime Scene investigators responded to the scene of a drive-by shooting on Easthampton on May 13.

The sheriff’s office is investigating a deadly drive-by shooting in northeast Harris County.

Deputies responded to the 5700 block of Easthampton around 8:02 p.m. Thursday.

When they arrived, deputies found a 20-year-old man unresponsive from apparent gunshot wounds. EMS arrived and pronounced him dead.

According to the sheriff’s office, family reported that the man was standing near a garage of a relative’s home when the shooting occurred.

Deputies determined from surveillance video that a black or dark-colored Nissan SUV drove by and discharged several rounds at the victim.

The vehicle sped off eastbound from the scene immediately after the shooting.

There is no description of the suspect or suspects at this time.