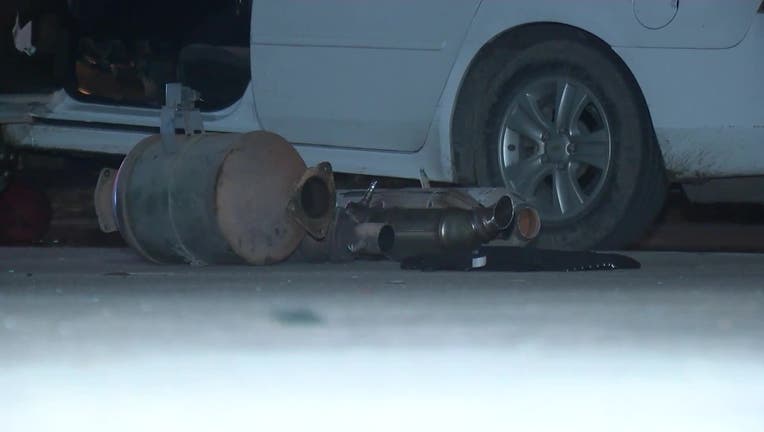 Houston police say catalytic converters were found inside of a car after a chase.

Around 2 a.m. Thursday, an officer working an extra job reported seeing someone jump over a fence at a warehouse that he knew had trouble with people cutting catalytic converters off of their trucks before.

The officer was able to give a description of two vehicles at the scene, and police began to follow a car that matched the suspect description.

A pursuit began and lasted about 13 minutes.

Police took the driver, a man in his 30s, and the 15-year-old passenger into custody.

Authorities say catalytic converters were found inside of the vehicle.