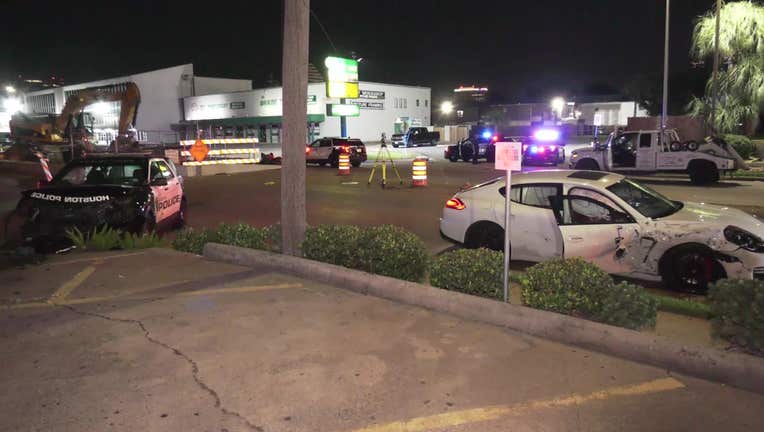 Police investigate a crash at the intersection of Fairdale Lane and Fountain View Drive.

HOUSTON - Four people, including two police officers, were taken to the hospital after a crash in west Houston.

The crash involving an HPD vehicle and a civilian vehicle occurred at the intersection of Fairdale Lane and Fountain View Drive around 11:48 p.m. Tuesday.

There is some evidence, police say, that shows that the driver’s view may have been impeded by construction equipment.

Two officers in the patrol car and two people in the civilian vehicle were taken to the hospital. Police say their injuries are not believed to be life-threatening.