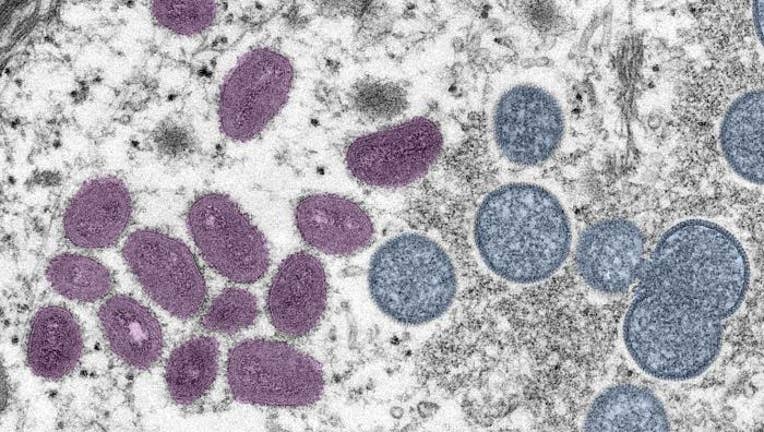 This digitally-colorized electron microscopic (EM) image depicted monkeypox virus particles, obtained from a clinical sample associated with the 2003 prairie dog outbreak. It was a thin section image from of a human skin sample. On the left were matu

According to a release, parents and staff were notified of the confirmed positive test results on August 29. That student was last on campus on August 23.

In the second case, school officials said parents and staff were notified of the confirmed positive test on Thursday. That student was on campus on Monday, September 12.

Monkeypox symptoms usually start within 3 weeks of exposure to the virus. If someone has flu-like symptoms, they will usually develop a rash 1-4 days later.

If you are experiencing any symptoms, you're urged to contact your doctor or county health department.