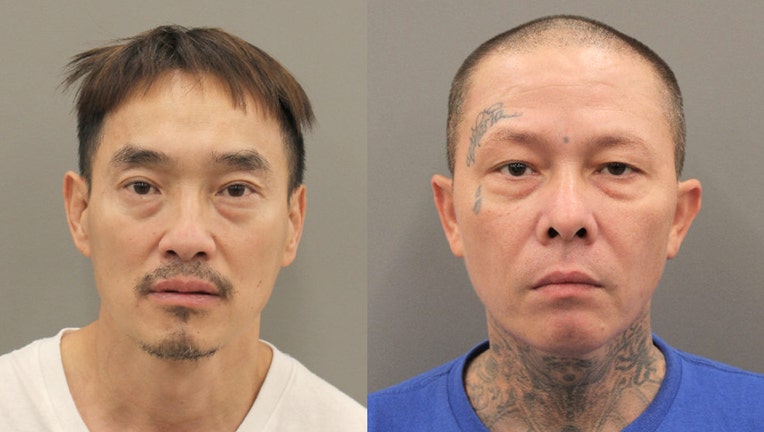 HOUSTON - Two suspects have been arrested in the deadly shooting of two men in a booth at a Houston restaurant.

Police say the shooting was reported around 11 p.m. Oct. 5 at the Tai Loi Restaurant at 12320 Bellaire Blvd.

According to HPD, witnesses reported that two men were sitting in a booth when the suspects walked into the restaurant, and shots were fired at the men in the booth. The suspects then fled.

The two men in the booth had multiple gunshot wounds and died at the scene. Police identified them as Hahn Minh Nguyen, 63, and Long Nguyen, 51.

In October, police announced Bich Xuan Dang was wanted in the shooting. He and Hieu Trong Nguyen have since been arrested.

Police are still searching for one other unidentified suspect.

Anyone with information on the identity of the wanted suspect or about the case is urged to contact the HPD Homicide Division at 713-308-3600. You can also speak anonymously with Crime Stoppers at 713-222-TIPS.