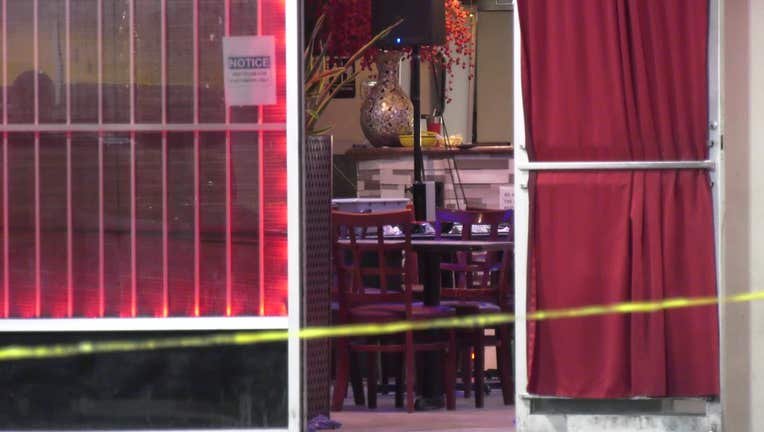 Houston police investigate a deadly shooting at a restaurant on Bellaire Blvd.

HOUSTON - Two men were shot to death inside of a restaurant in southwest Houston on Wednesday night.

Police say the shooting was reported around 11 p.m. at the Tai Loi Restaurant at 12320 Bellaire Blvd.

According to HPD, witnesses reported that the two men were sitting in a booth when one to three other males walked into the restaurant and opened fire on the men.

The suspects then fled from the restaurant.

The two men in the booth were shot and died at the scene.

There is no known motive for the shooting at this time.  Police say it appears the men were targeted because the shots were fired in their direction.