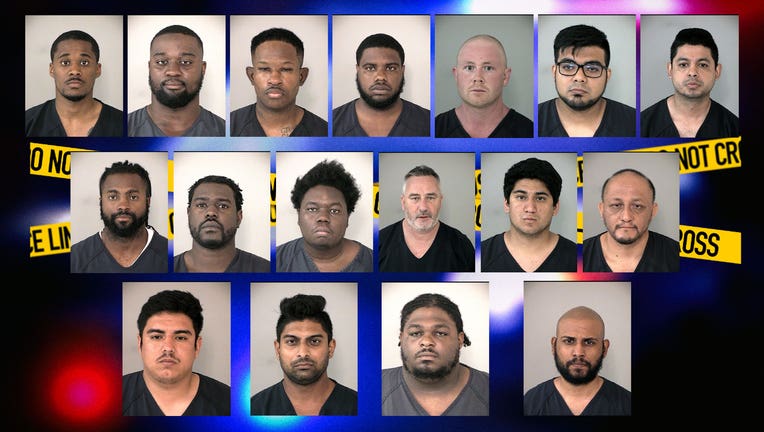 FORT BEND COUNTY, Texas - A total of 17 suspect have been arrested following a prostitution operation, according to officials.

Officials said the emphasis of the operation was to arrest sex buyers to reduce the demand for exploited human trafficking victims.

"Sex for money is not a new crime, but modern criminal justice efforts have revealed that many prostitutes are actually victims of sex traffickers," said Fort Bend District Attorney Brian Middleton. "If I’ve said this once, I’ve said it a hundred times, and I will keep saying it until human trafficking is gone: we will be relentless in our pursuit of human traffickers, including those who create the demand for trafficking victims in this county."

Multiple law enforcement agencies, teamed up with the Human Trafficking Rescue Alliance, for the operation.