The U.S. Border Patrol reports that on any given day they may have 9,000 people in custody. This week's What's Your Point panel talks about the crisis at the border and what should be done to slow down this wave of immigrants.

Houston - What did we think was going to happen?
The Biden administration re-initiates "Catch and Release" while pledging amnesty to millions of immigrants already living here without permission.
So seriously, what did anybody, with a grasp of reality, think was going to happen?
67 days deep into this presidency and undocumented people are pouring across the southern border, many of them unaccompanied children. 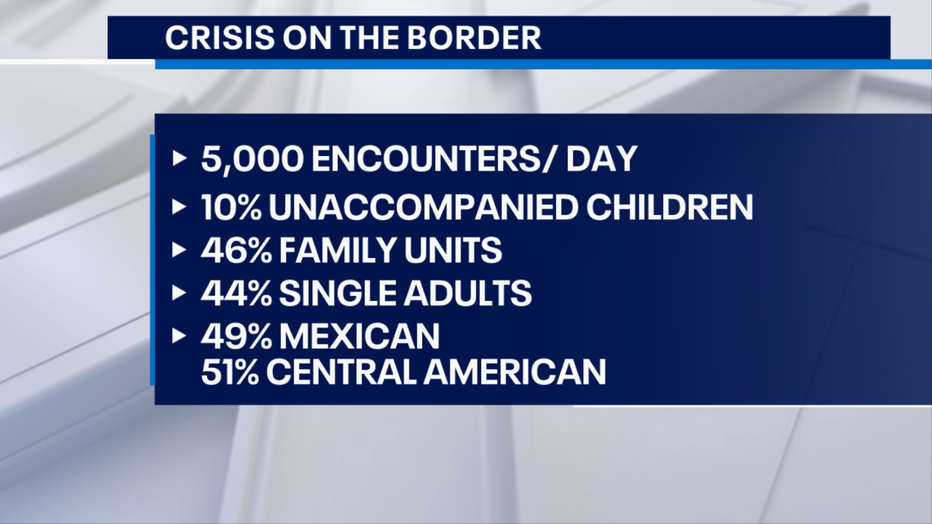 What is America to do with these children? Put them on a plane and dump them off in Tegucigalpa or San Salvador?
That’s not going to happen.
They are here now, probably for good, and there’s more coming.

At his first press briefing, a reporter asked President Biden, "So sir you blamed the last administration but is your messaging in saying these children will be allowed to stay in this country and work their way through this process encouraging families like Josele’s to come?

President Biden responded, "Look, the idea that I'm going to say which I would never do, that an unaccompanied child ends up at the border, we are just going to let them starve to death and stay on the other side, no. The previous administration did that either except Trump. I’m not going to do it, I’m not going to do it."

Last week a Democratic group from the House of Representatives visited the Texas border with Joaquin Castro and a group of GOP senators joined Texas Senators John Cornyn and Ted Cruz at the Rio Grande.

"I know that for the parents that have made the decision to take on this journey are making a responsible decision because they want their kids to live."

Watch more What's Your Point discussions
Polar opposite assessments of the crisis unfolding on the border - as both Democratic and Republican members of Congress, quickly transitioned from "fact-finding" along the Rio Grande to "finger-pointing".

16 senators joined Texas' Senator John Cornyn and Senator Ted Cruz for a fist hand look at border operations in Texas and the conditions that immigrants are kept in while awaiting processing, The panel discusses the surge in immigrants and&nbsp; unaccompanied children