The overall hot pattern affecting Texas and low amounts of rain are likely to persist into the near future, meaning drought conditions could worsen.

New drought information just released this morning shows that conditions have gotten worse, not only across Texas, but specifically in the greater Houston area.

According to the latest release, 80% of Texas is under a drought, but 43% is classified as being under an extreme drought. 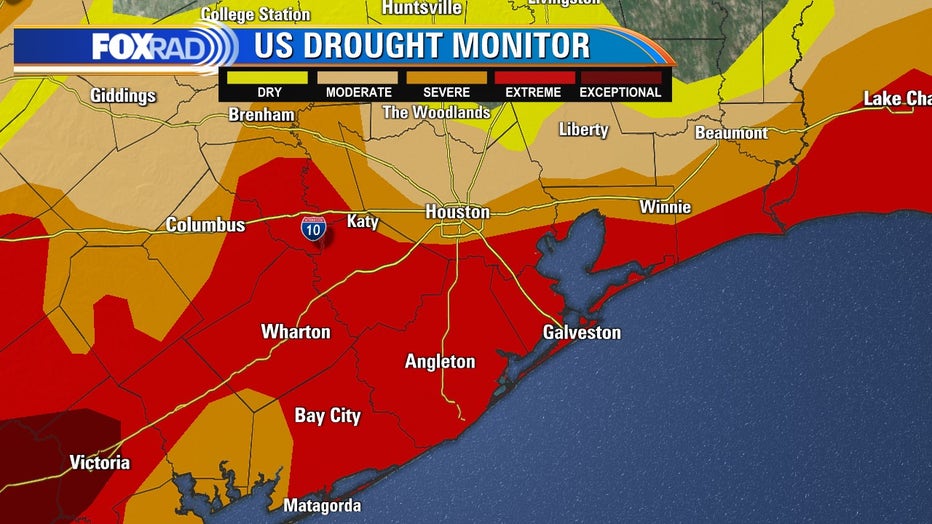 Exactly one year ago, only 4% of the state was in an extreme drought, so these past several months have been extraordinarily dry. The local rain totals reflect that.

While Bush Airport is near normal on rainfall, observations from Hobby and Galveston show rain totals that are 40-50% below normal.

And much of Fort Bend, Brazoria and Matagorda Counties have received even less rainfall. 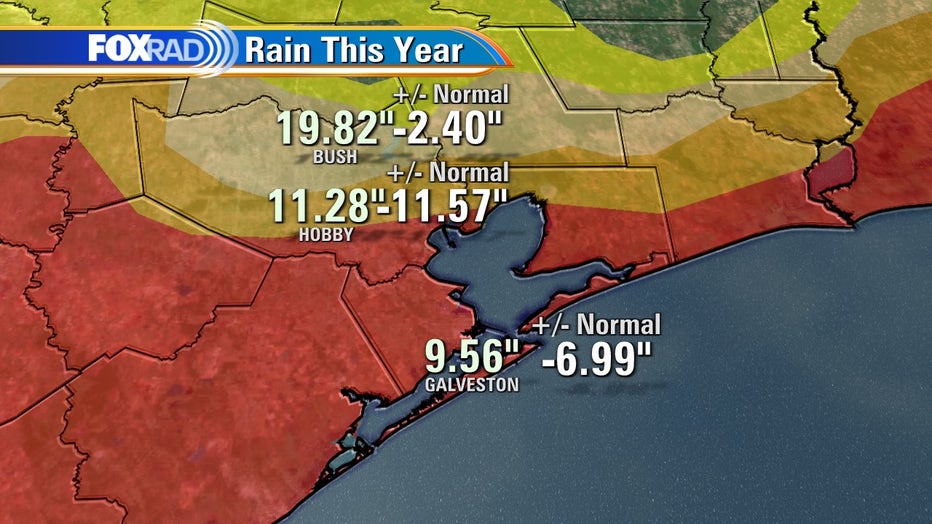 A look at rainfall totals so far this year in the greater Houston area.

As a result, most of our area south of I-10 is in an extreme drought.

Without any help, the use of fireworks for the 4th of July holiday may be limited due to wildfire threats. 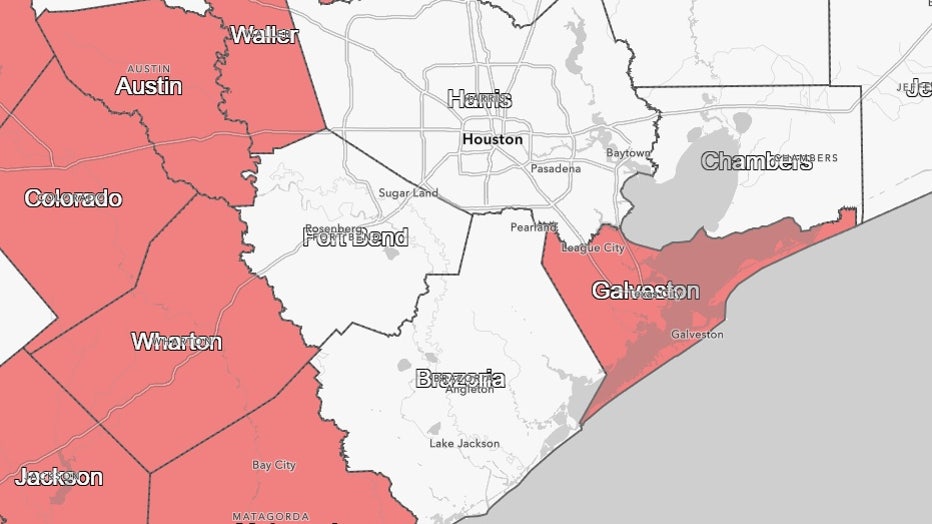 Burn bans are in effect in several Houston-area counties, which could affect firework shows for the upcoming 4th of July holiday.

You can stay up-to-date on weather affecting you 24 hours a day by downloading the free FOX 26 weather app. You'll receive weather alerts for your location, along with video weather updates.

The overall hot pattern with low amounts of rain is likely to persist for the near future.

The new outlooks from NOAA's Climate Prediction Center for the month of July show a high probability for above-normal temperatures and an increased chance for dry conditions for much of Texas.