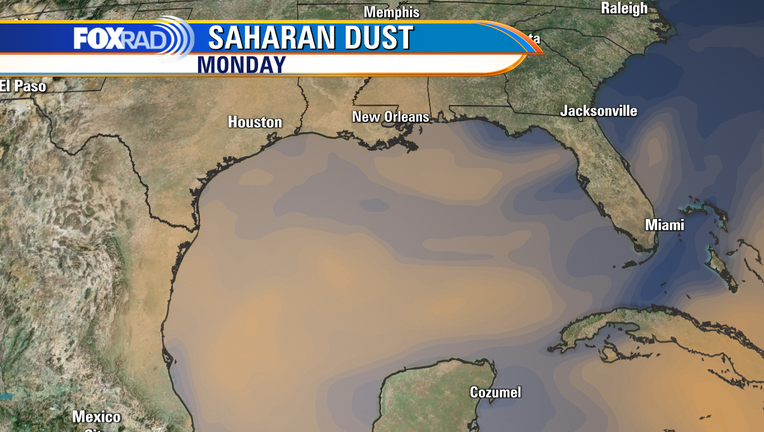 HOUSTON - As our heat wave continues, there's something else to be aware of and that is dust - Saharan dust to be specific.

We've been watching a plume of dry, dusty Saharan air make the 5,000-mile journey across the Atlantic Ocean for more than a week. It arrived to the Gulf Coast past weekend, bringing a milky haze to our sky.

While most of the dust is hardly noticeable, it could create vibrant sunsets and reduce air quality.

Large plumes of the dust typically emerge from Africa’s Sahara Desert during the late spring and summer months as easterly winds transport the minute particles westward. 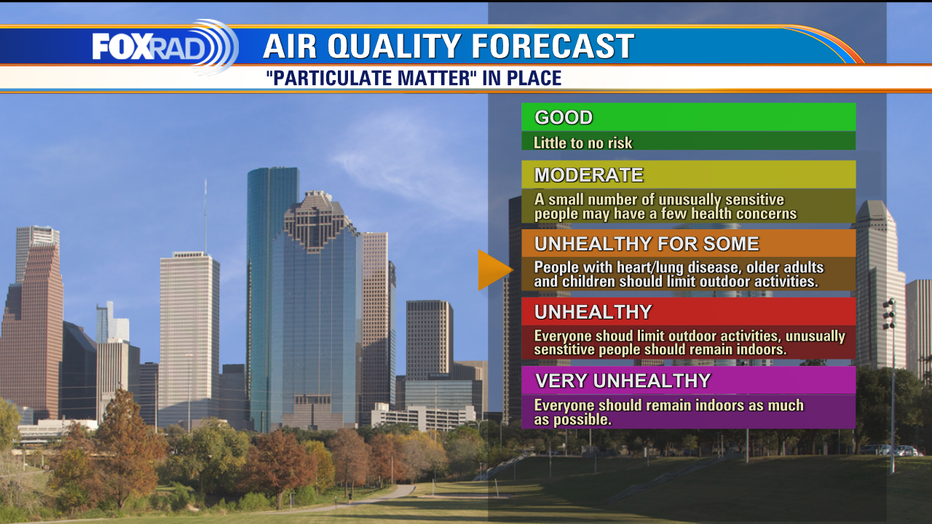 The airborne particles can reflect sunlight and even reduce cloud formation for hundreds of miles.

On Monday, air quality will be affected as dust levels, also known as particulate matter, rise to level orange which can be "unhealthy for sensitive groups".

If you are sensitive to dust or have a lung condition, avoid exerting yourself outdoors this week. 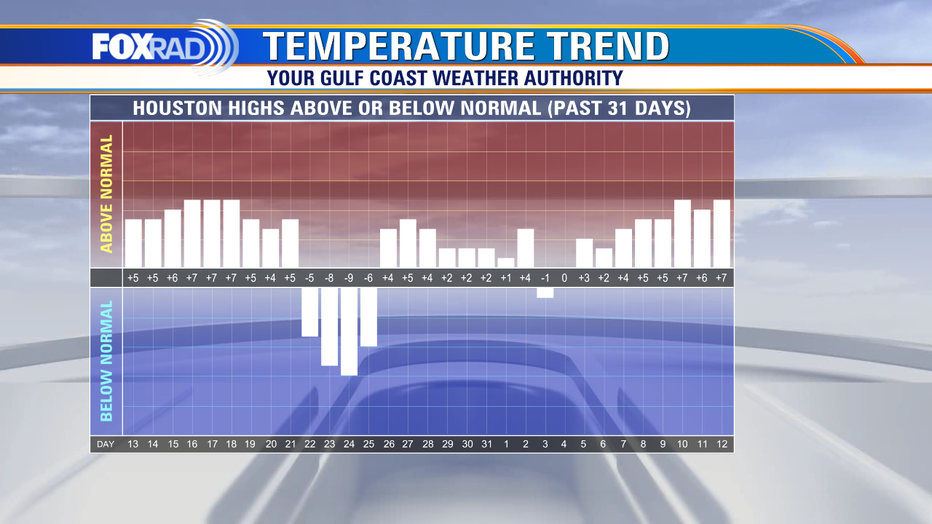 As for the ongoing heat wave, more than 100 record-high temperatures are in jeopardy of being broken this week across the U.S., putting 106 million Americans in two-dozen states at risk of heat-related illnesses.

The National Weather Service says heat is expected to persist for the next few days, with well-above-average to record temperatures expected from the central and southern Rockies across the Plains and into the lower and mid-Mississippi, Tennessee and lower Ohio valleys.

And as the heat index is expected to easily reach above 100 degrees in many parts of the country, Heat Advisories, Excessive Heat Warnings and Excessive Heat Watches have been posted across most of the eastern Plains states, the lower and mid-Mississippi Valley, the Ohio Valley the lower Tennessee Valley and the central Gulf Coast.

In Houston, 25 of the last 31 days have had above-average high temperatures.

This week, that streak will continue with highs in the mid to upper 90s compared to average temps of 92-93 degrees.

KEEP COOL: Beat the Houston heat this weekend by going to these cooling centers 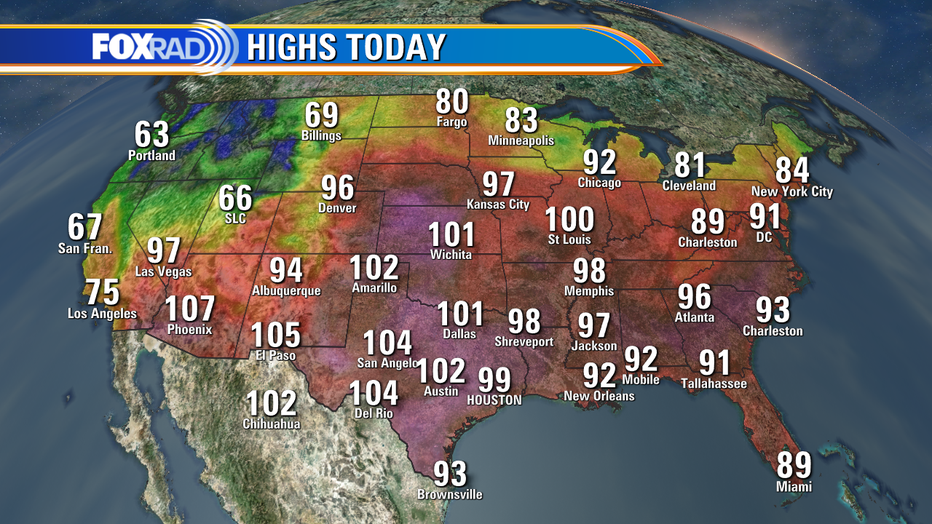 A dome of high pressure has shifted to northeast Texas, bringing a serious heat wave stretching from the Gulf Coast to the Midwest with places like St. Louis reaching a heat index near 110°.