HOUSTON - An 80-degree day in Houston during the month of December is not unheard of, we actually average about two per year. But one week into the month and we have already had three days, Monday, Tuesday, and Wednesday, with afternoon high temperatures at or above 80 degrees. 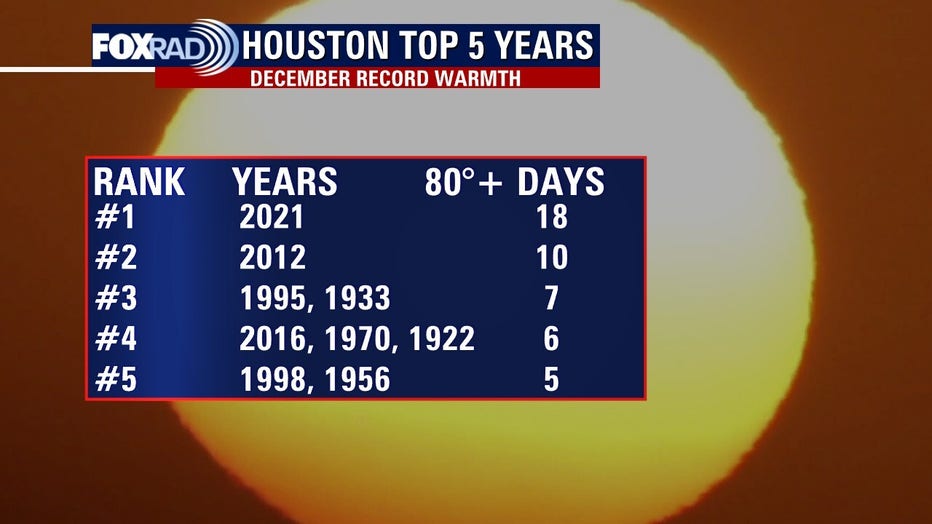 Last December recorded the most 80-degree days ever. Bush Intercontinental Airport, the current official recording site for the City of Houston, saw 18 days in the 80s. Over half the days of the month were more Spring-like than Winter or Fall.

SUGGESTED: Record-breaking heat across Houston as people get ready for holidays

The average high temperature for this time of year is 67 degrees, so southeast Texas is experiencing 10-15 degrees warmer than normal afternoons so far this week. 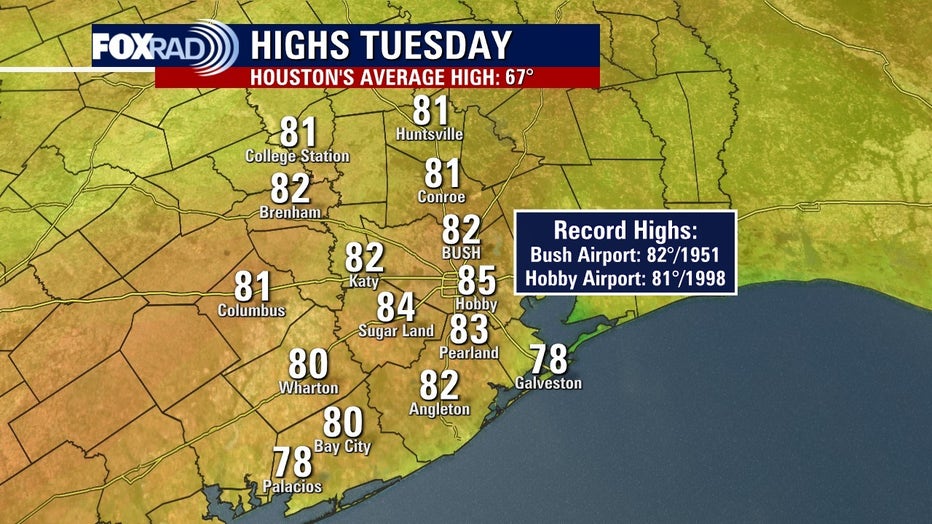 On Tuesday, both Bush Airport and Hobby Airport set record highs. Bush tied a record from 1951 of 82 degrees. Hobby smashed a record from 1998 of 81 degrees for that date. Tuesday’s afternoon high of 85 is one of the warmer temperatures ever recorded there in December. That very warm December last year was the first time in the last 100 years to reach 85 degrees in Houston. 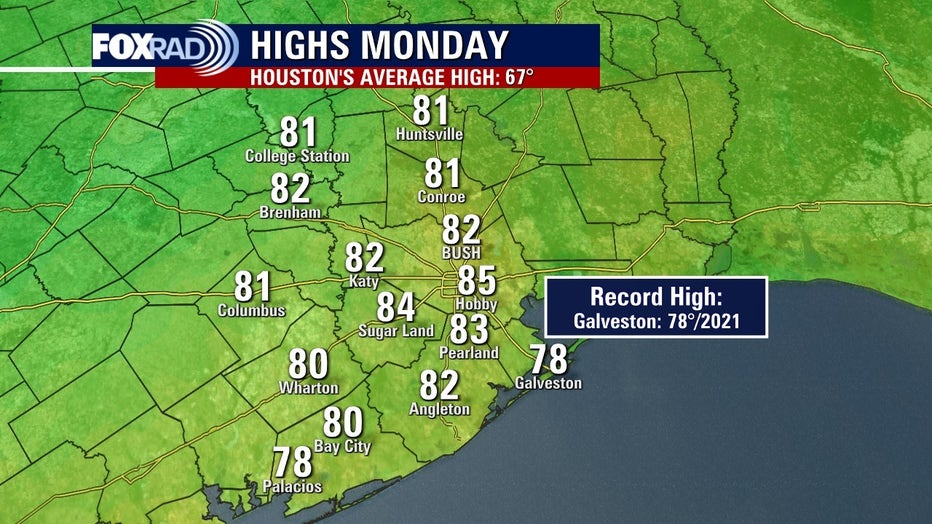 Galveston is also very warm so far this December. Monday tied a record high of 78 degrees. You can probably guess the year it tied: the record-setting December 2021. 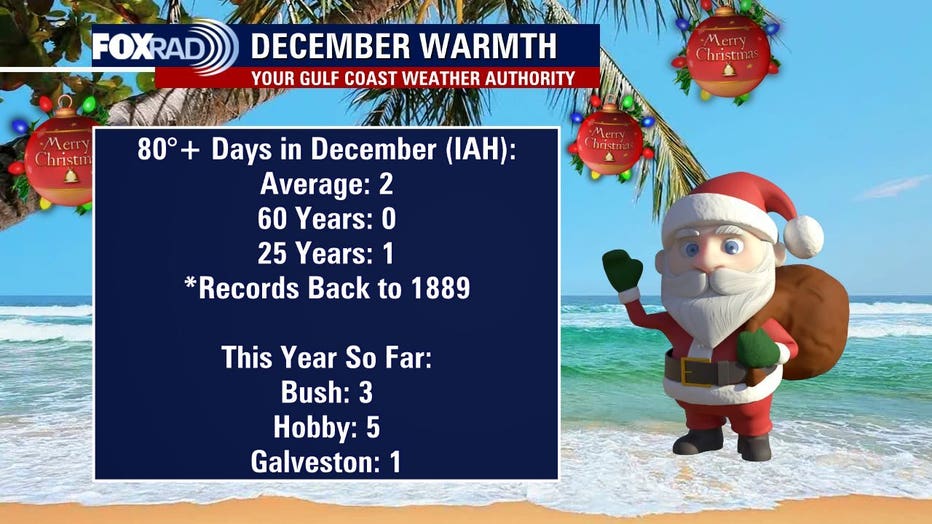 Some folks around Houston love these warm temperatures, it’s the reason they choose to live here. Many others wish for cooler weather that feels more like December and helps them get into the spirit of the holidays.