Galveston has been crushing heat records left and right this summer.

GALVESTON, Texas - Since the beginning of May, southeast Texas has been crushing heat records left and right. But one location, in particular, has been doing so much more often than others: Galveston. 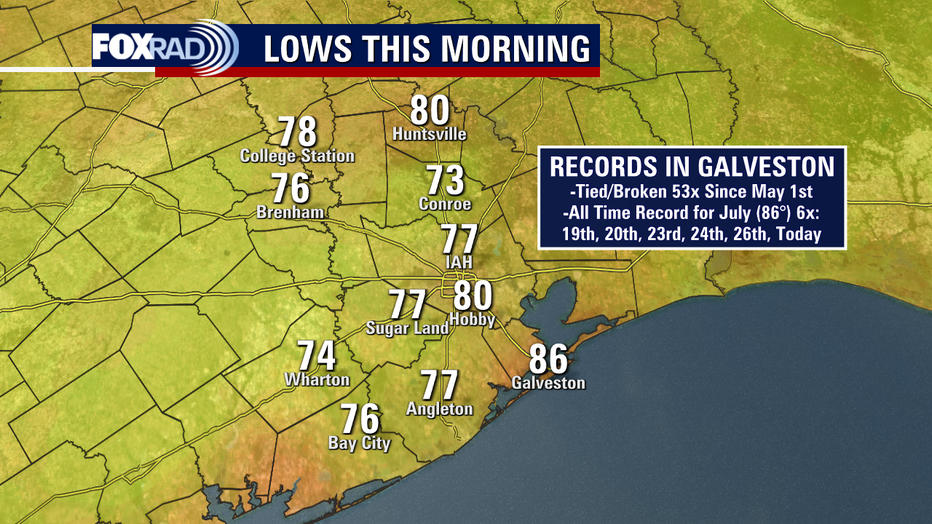 Since May 1, record warm minimum temperatures have either been tied or exceeded a total of 53 times. That's 60% of low temperatures in the last three months.

This month, they've failed to cool below 86 degrees six times, which is the all-time record warm low temperature for the month of July. 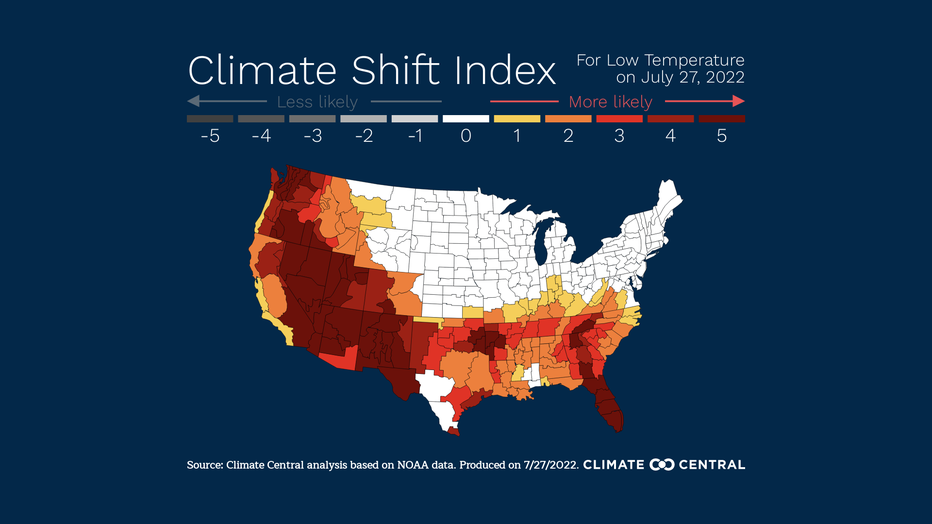 That temperature is 2.2 degrees above where we should be for this time of year, which translates to a Climate Shift Index of 4.

The data shows that this morning's warmer than average lows are four times more likely due to climate change.

Additionally, Climate Central analyzed overnight lows across the U.S. between July 1-15 of this year and found that in southeast Texas, nearly all of them were at least twice as likely due to climate change. 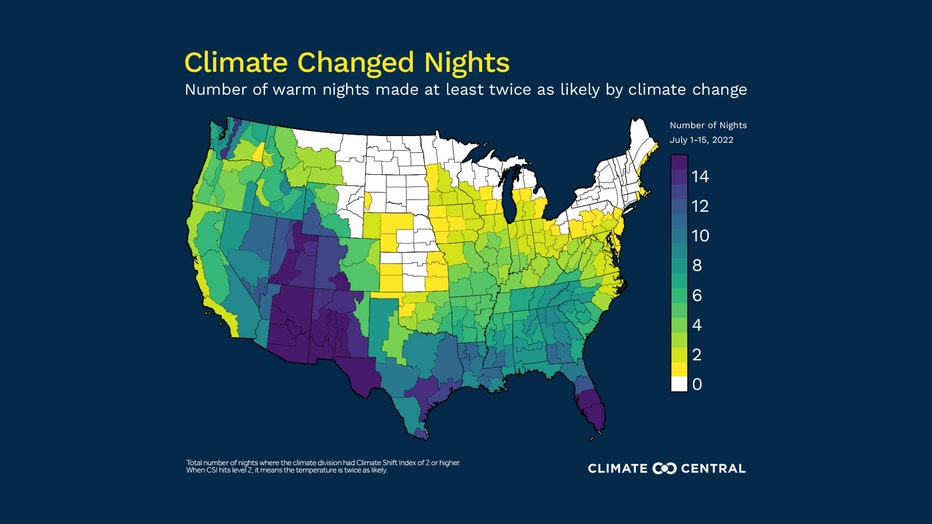 RELATED: How common is Houston's dangerous heat, what is driving the triple digits?

Warmer summer nights are problematic for a variety of reasons.

They increase both the risk of heat-related illnesses and also our cooling costs, placing further stress on the grid and our bodies.

They also mean we begin from a warmer starting point, which ultimately makes it easier and more likely to achieve warmer daytime highs.