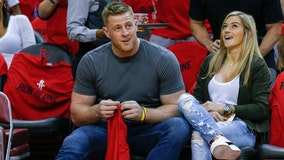 The newlyweds met the old-fashioned way: family and friends. 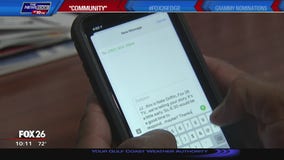 JJ Watt asked fans to text him, but turns out he's using a new service, Community, that connects celebrities with fans via text, without using their real number. 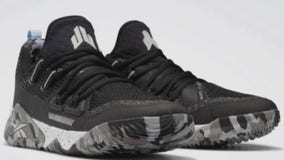 JJ Watt has released a new sneaker design to honor veterans, including his own late grandfather, who served in the Korean War. 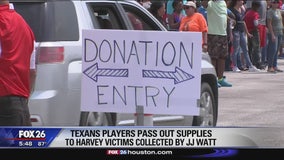 Texans' defensive end J.J. Watt has raised more than $18 million to date for Hurricane Harvey relief, handing out donations alongside his teammates Monday in Houston.