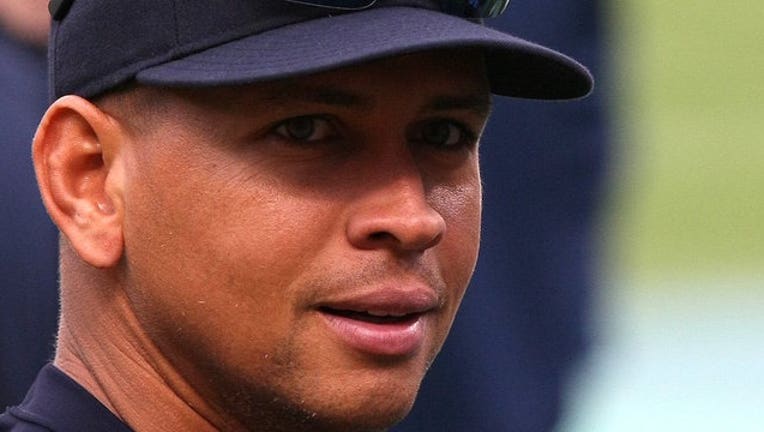 NEW YORK (AP) — Alex Rodriguez will play his final major league game next Friday with the New York Yankees and then become a special adviser and instructor with the team.

Rodriguez and the club made the announcement before Sunday's home game against Cleveland.

"This is a tough day. I love this game and I love this team," he said, often choking up. "And today I'm saying goodbye."

A-Rod will play against Tampa Bay at Yankee Stadium on Friday night before ending one of the most prolific and polarizing careers in baseball history.

The 41-year-old designated hitter, a three-time AL MVP and 14-time All-Star, is hitting .204 this season with nine home runs and 29 RBIs in 216 at-bats. His worsening slump finally relegated him to the bench for most of the past month, with Rodriguez getting only one start and seven at-bats in 14 games since July 22.

With Brett Gardner, Brian McCann and his teammates in attendance at a packed news conference, Rodriguez said he was thankful he'd get a few more at-bats in front of family and friends.

"We all want to keep playing forever," Rodriguez said. "But it doesn't work that way."

When the fourth-place Yankees (55-55) traded veterans Aroldis Chapman, Andrew Miller, Carlos Beltran and Ivan Nova leading up to last Monday's trade deadline, they made it clear they were turning toward a youth movement.

After Rodriguez's last game, he will be unconditionally released by the club and he'll back home to Florida. He said he thought his off-the-field duties would begin at spring training next year in Tampa.

Rodriguez has a $20 million salary this year and is owed $20 million more in 2017, the final season of a $275 million, 10-year contract that was the baseball's largest when he signed it.

"After spending several days discussing this plan with Alex, I am pleased that he will remain a part of our organization moving forward and transition into a role in which I know he can flourish," Yankees Managing General Partner Hal Steinbrenner said in a statement.