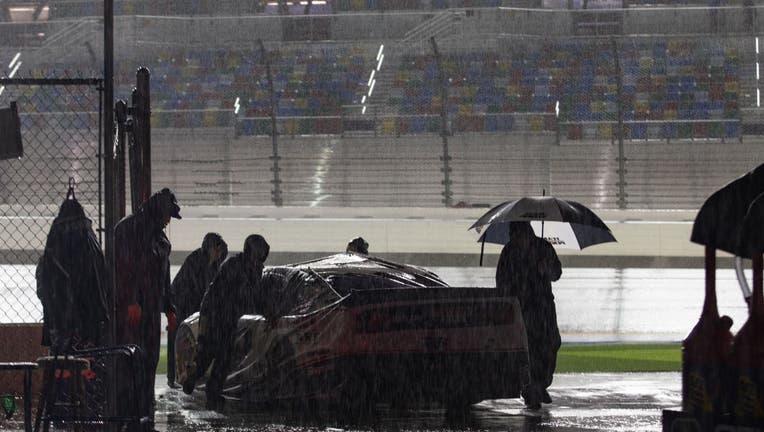 There is one thing that is no match for the Daytona International Speedway -- rain.

Events will be taking place leading up to the race, but the only thing preventing drivers from not starting their engines would be precipitation.

"We do not race on a wet course," Mike Forde, NASCAR's Managing Director for Racing Communications, says.

While road courses allow for wet weather, oval tracks, like Daytona, must wait for the track to dry.

Due to safety concerns with driving at high speeds, thunderstorms can delay or even postpone races.

"Weather is the most unfortunate part of racing. You just can't race. It's just not safe," Forde says.

Last year's Daytona 500 was delayed six hours due to weather. The red flag was waved after only 15 laps because lightning was detected, and then it proceeded to pour on the track.

A 2.5-mile track such as Daytona generally takes anywhere from 90 to 180 minutes to dry, according to FOX Sports.

Working with the rain

NASCAR is improving driving conditions on racetracks by testing new tires and their latest track-drying technology called the "Air Titan."

"What it does is it blows hot air onto the racetrack and sort of moves the water off it, and it's really cut the track drying almost in half," Forde says about the new technology.

And Forde says that they are in the works of testing out new tires on shorter tracks.

"Goodyear has been working on a tire for us that could eventually be used one day at a wet weather track," he said.

Several drivers tested out the tires last year, but Forde says that it's unlikely that they'll be cleared for use this year.

"Honestly, it didn't drive way different. You could still slow down good, turn good," Kyle Larson said on Twitter. "It was kind of fun to chase the grip throughout the portions when it would start drying."

As far as Daytona goes, wet weather tires won't be seen in the near future. The new tires will strictly be used for road courses. 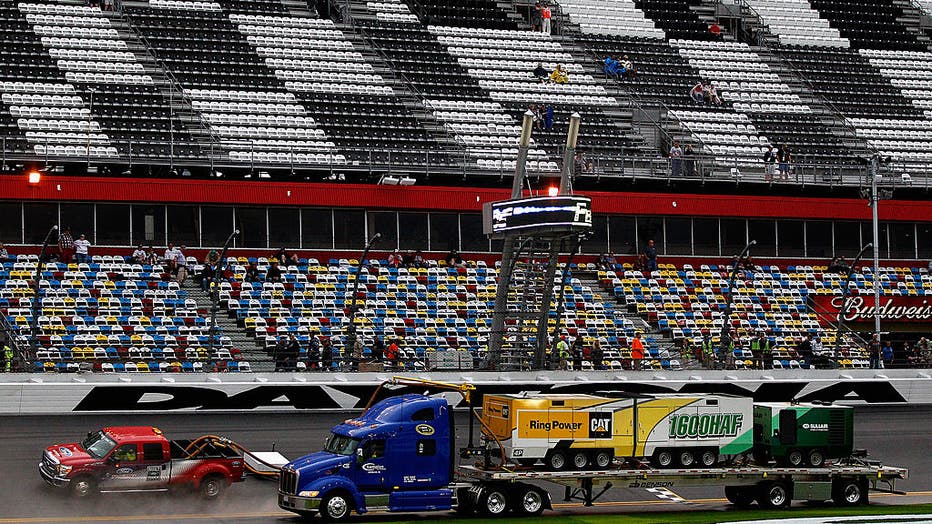 As you would expect for this time of year in Daytona Beach, the forecast calls for warm weather with a chance for isolated showers.

On Saturday, if showers look imminent, officials will be able to move the start of the race with 24-hour notice.

And with a sold-out race with upwards of 150,000 people in attendance, safety is a top priority.