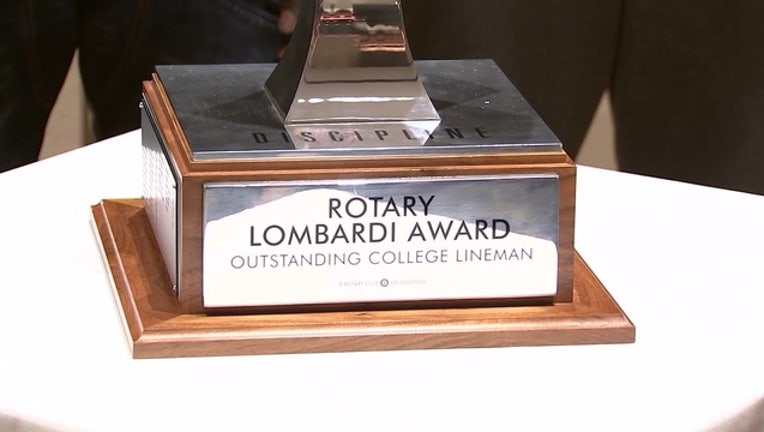 HOUSTON (FOX 26) - A preliminary watch list of college football players, offense or defense, who in addition to demonstrating outstanding performance and skill, best exemplifies the discipline, virtue and wisdom that defines Vincent Lombardi's exceptional brand of leadership will be announced as candidates for the Rotary Lombardi Award. on Thursday at 2 p.m. at the Advantage BMW dealership in downtown Houston. The player gained a position on the preliminary watch list by earning All-American honors, being named to their respective all-conference teams or receiving 2016 pre-season honors.

The Rotary Lombardi Award is hosted by the Rotary Club of Houston and benefits the American Cancer Society, MD Anderson Cancer Center and Texas Children's Hospital.  Donation checks in the amount of $46,000 will also be presented during the watch list announcement to the three beneficiaries from funds raised at the prior year's event.