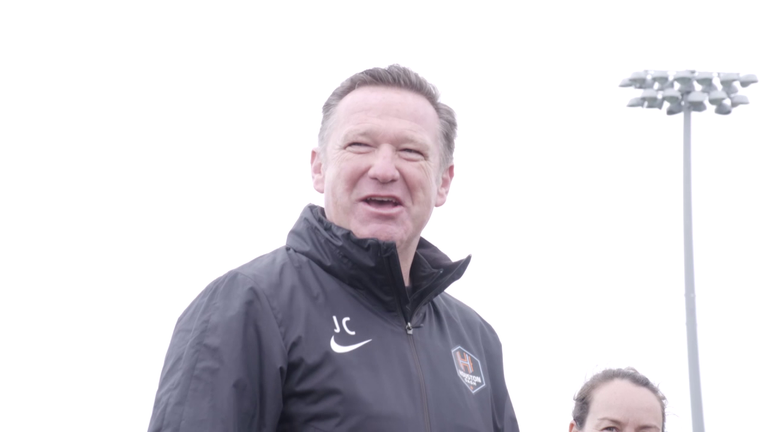 HOUSTON - Representatives for suspended Dash coach James Clarkson released a statement on Thursday after the organization announced Clarkson's contract would not be renewed.

You can view the full statement below. 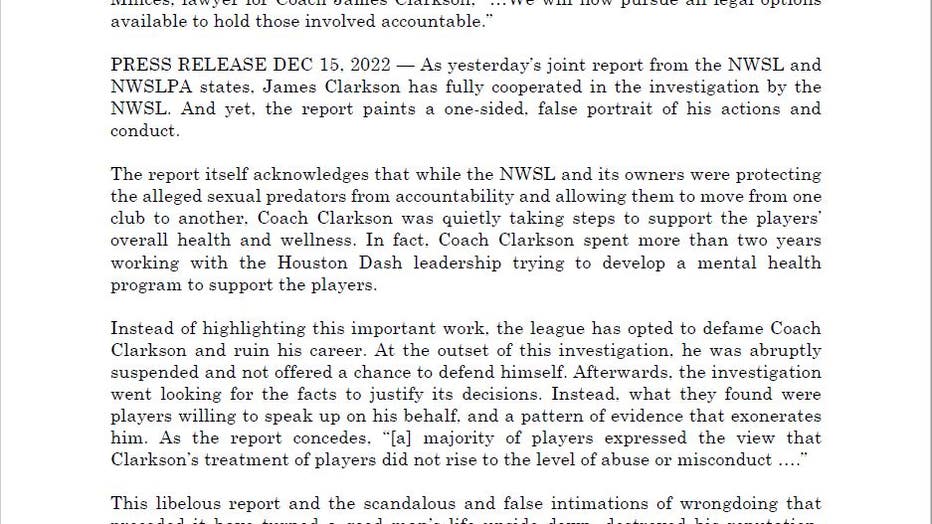 The statement comes after the Dash announced on Wednesday that they, "commend the courage of the players and staff who participated in the Joint Investigation, and the important work of the NWSL and NWSLPA Joint Investigative Team over the last 14 months."

"In line with the recommendation of the Joint Investigative Team, James Clarkson was suspended indefinitely as head coach of the Houston Dash on April 26, 2022, pending the results of the joint investigation. Given the conclusion in today’s (Wednesday's) report that James Clarkson engaged in emotional misconduct in violation of the NWSL Policy to Prevent and Eliminate Workplace Discrimination, Harassment, and Bullying while serving as head coach, we will not be renewing his contract which is set to expire at the end of 2022."

"We apologize to players, present and former, who were subject to misconduct by James Clarkson and 2018 head coach, Vera Pauw. Our vision of building and maintaining a culture of excellence on and off the pitch starts with cultivating a respectful and healthy working environment. Our priority is to ensure that our personnel and policies reflect that directive. In partnership with the NWSL, the NWSLPA, the NWSL Board of Governors, and club executives, we will continue to implement proper protocols and preventative steps that are consistent with the guidance of the league and that will prioritize the safety of all members of our organization to address the systemic reform our sport requires."