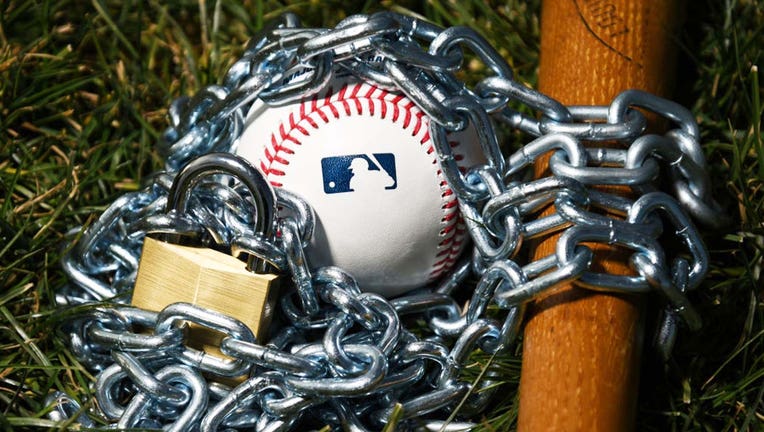 Owners approved the five-year labor contract with a 30-0 vote. MLB was expected to lift the lockout around 7 p.m. on its 99th day.

MLB’s roster freeze, imposed when the work stoppage began on Dec. 2, was to be lifted immediately, allowing Freddie Freeman, Carlos Correa and more than 100 other free agents to sign contracts.

Training camps in Florida and Arizona will open Friday, and the mandatory reporting date is Sunday. Exhibition games will begin March 17 or 18.

Fans can start making plans to be at Fenway Park, Dodger Stadium and Camden Yards next month. Opening day is being planned a little more than a week behind the original date on March 31.

The deal brings several major changes to the sport — a universal designated hitter, an expanded postseason and measures to disincentivize so-called "tanking." Most of the labor fight centered on the game’s core economics.

The 184 games canceled by Commissioner Rob Manfred were instead postponed, with the regular season extended by three days to Oct. 5. Approximately three games per team will be made up as part of doubleheaders.

After narrowing the economic gap this week, MLB made another offer Thursday afternoon, saying this was the absolute, final, last moment to play 162 games and preserve full salary and service time.

Teams moved toward middle ground between themselves and the players. The union’s executive board approved the offer on a 26-12 vote. a person familiar with the balloting said, speaking to The Associated Press on condition of anonymity because no announcement was authorized.

MLB lockout: What it could mean for Spring Training in Arizona

The MLB has transitioned to a twilight zone with the lockout going into effect on Wednesday night. Last night, the MLB officially locked out the players for the first time since 1990 after an agreement could not be made on a new collective bargaining agreement (CBA). A quick scan of the MLB’s official website, MLB.com, sees a complete wipeout of any articles, photos or mentions of current players. They’ve been replaced with videos and statements from MLB commissioner Rob Manfred and tons of coverage of ongoing Hall of Fame voting.

"The deal pushes the game forward," Yankees pitcher Gerrit Cole, a member of the union’s executive subcommittee, said in a telephone interview with The Associated Press. "It addresses a lot of the things that the players in the game should be focused on: the competitive integrity aspect of it."

Playoffs will expand from 10 to 12 teams, with two division winners receiving first-round byes and the remaining four teams in a best-of-three wild card round in each league.

The deal allows teams to have advertising on uniforms and helmets for the first time and could lead to a pitch clock and limits on defensive shifts in 2023.

The agreement calls for the luxury tax threshold to rise from $210 million last year to $230 million this season and gradually to $242 million in 2026, a loosening for the biggest spenders such as the Yankees, Mets, Dodgers and Red Sox.

Tax rates remain unchanged at the initial threshold, second and third thresholds. A new fourth threshold, aimed at billionaire New York Mets owner Steve Cohen, has tax rates of 80% for the first offender, 90%, for the second and 110% for the third.

The agreement allows training camps to open Friday in Florida and Arizona, more than three weeks after they were scheduled to on Feb. 16. Players can begin reporting Friday, with training cut to about 28 days rather than the usual 42 for pitchers and catchers.

A new $50 million bonus pool was established for players not yet eligible for arbitration, a way to boost salaries for young stars.

After yet another snag, this time over management’s desire for an international amateur draft, the deal came together Thursday afternoon and capped nearly a year of talks.

Players had fumed for years about the deal that expired Dec. 1, which saw payrolls decline 4% in 2021 compared to the last full season, back to their 2015 level. The union had an ambitious negotiating stance in talks that began last spring, asking for free-agency rights to increase with an age-based backstop and for an expansion of salary arbitration to its level from 1974-86.

In the late stages, the level and rates of the luxury tax, designed as a break on spending, became the key to a deal. Players think that too low of a threshold and too high of a rate acts tantamount to a salary cap, which the union fought off with a 7 1/2-month strike in 1994-95.

Despite hundreds of hours of threats and counter-threats, the sides avoided regular-season games being canceled by labor conflict for the first time since the 1994-95 strike.

The cost, though, was rancor that cast both owners and players as money-obsessed. Spring training was disrupted for the third straight year following two exhibition seasons altered by the coronavirus pandemic.

"People can go to the ballpark. That will help," Cole said. "Maybe some people will go to the ballpark to tell us know how they feel negatively. That’s their right to do as well. I will say that nobody wants it to go this way. And some of the hurdles we’ve had to jump through over the last few weeks have not necessarily been ill will but just due process.