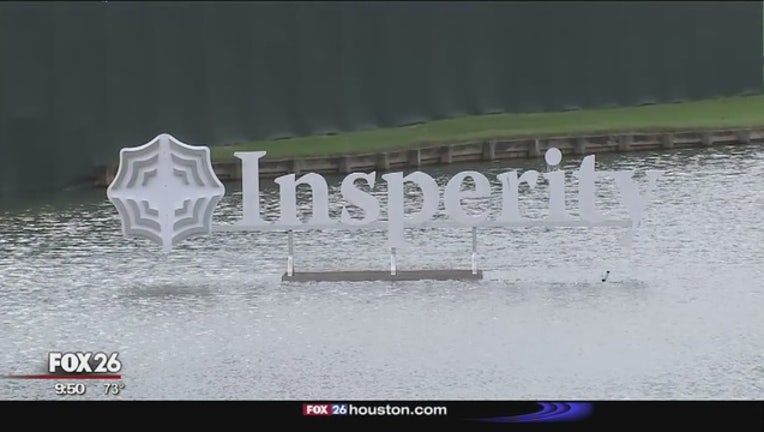 THE WOODLANDS, Texas (AP) - Jesper Parnevik won the Insperity Invitational for his first PGA Tour Champions title, shooting a 5-under 67 for a four-stroke victory Sunday.

The 51-year-old Swede won in his 23rd career start on the 50-and-over tour. The five-time PGA Tour winner finished at 12-under 204 at The Woodlands Country Club.

"It feels fantastic, actually," Parnevik said after his first victory since the PGA Tour's 2001 Honda Classic. "I'm still in shock, because when it's been this long, you don't even remember how it is."

He fought a series of injuries in his 40s.

"I thought I was never going to win again," Parnevik said. "I pretty much thought not play again, because a lot of times if I hit 15 balls, I could not get out of bed the next day, it was that bad. So I was not even contemplating winning."

John Daly tied for 17th at 2 under in his PGA Tour Champions debut. The two-time major champion closed with a 71 after opening with rounds of 70 and 73. He turned 50 on April 28.

"I hit a lot of fairways this week," Daly said. "The irons weren't all that great. I was really close to being good. But for not playing, I'm pretty pleased."

He will return to play the next tour event, the major Regions Tradition in Alabama in two weeks.

"Jesper played well," Maggert said. "I thought he struggled a little bit yesterday coming in down the stretch, but he -really hit the ball well all day. He never kind of let go. He putted well, too. ... It was a game of two putts today for me. I made a lot of two putts. Really, all week. The 10- and 15-footers just got me all week long. I just didn't make very many of those."

Parnevik made three birdies on the front nine, added two more on the par-4 11th and 12th, bogeyed the par-3 14th, rebounded with a birdie on the par-5 15th and closed with three pars. He opened with rounds of 69 and 68 for a share the second-round lead with Maggert.

All the injuries left the Swede motivated to play the senior tour.

"That was a blessing in disguise in a sense," Parnevik said. "I don't know if I would have been as keen or eager to play right now if I would have played those eight years full-time. ... I was really looking forward to playing on this tour because I've had so many injuries and I haven't played much. My form wasn't that great, but I was still looking forward to coming out here and compete, and I think that's the key that kept me practicing so much."

He earned a spot next year in the season-opening Mitsubishi Electric Championship in Hawaii.

"My family, I think that's what they are the most happy about, is actually the Hawaii trip," Parnevik said. "They don't care if I win or lose or whatever. They don't even watch me play or whatever. Going to Hawaii is huge for them and it's just going to be a lot of fun."

"I just hit a terrible shot at the wrong time," Goodes said. "I was trying to get, kind of knock down, squeeze the 5-iron in there and I just open face and hit it out to the right, and then hit a poor bunker shot and just a short putt. It added up to 5. I played really good, though."