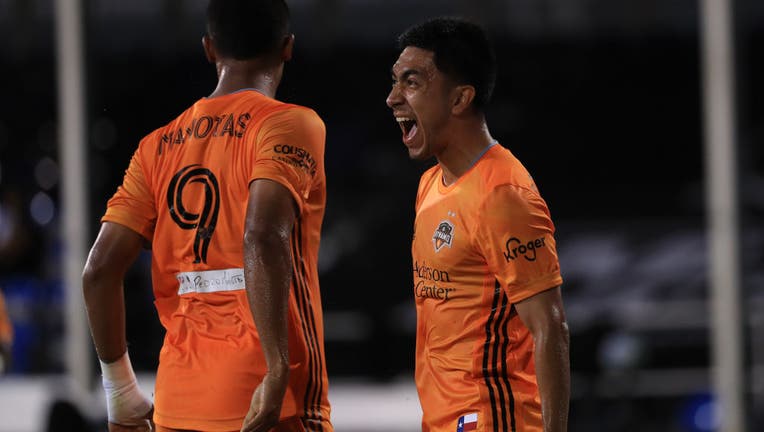 REUNION, FLORIDA - JULY 13: Memo Rodriguez #8 of Houston Dynamo celebrates after scoring the second goal of his team during a match between Los Angeles FC and Houston Dynamo as part of MLS is Back Tournament at ESPN Wide World of Sports Complex on Ju

HOUSTON - The Houston Dynamo finished their match in a 2-2 draw against Minnesota United on Saturday, Sept. 19.

The Dynamo played in front of hometown fans for the first time since late February.

The team allowed up to 3,000 attendees for the game,13.6% of the stadium’s official capacity.

Both the coaching staff and players were appreciative of the fans in the stands at BBVA Compass Stadium.

"Loved it, loved," Head Coach Tab Ramos couldn't help but to light up when talking about the crowd.

RELATED: Houston Dynamo, Dash to host up to 3,000 fans at home games this season

Here are the two goals the squad put in:

Their next game will be on the road at Soldier Field against the Chicago Fire.