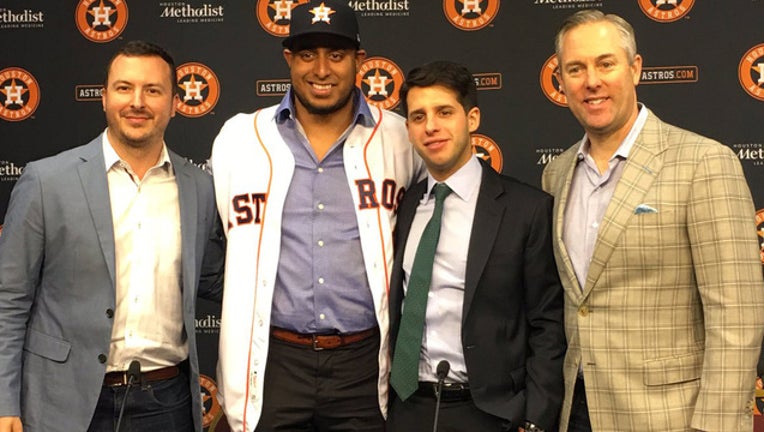 HOUSTON (FOX 26) - Houston Astros General Manager Jeff Luhnow has announced that the team has agreed to terms on a two-year contract with free agent right-handed pitcher Hector Rondon, 29, who has spent the last five seasons as a member of the Chicago Cubs bullpen.

The Astros also announced today that they have designated OF Preston Tucker for assignment.

With the addition of Rondon and the removal of Tucker, the Astros 40-man roster remains full at 40.