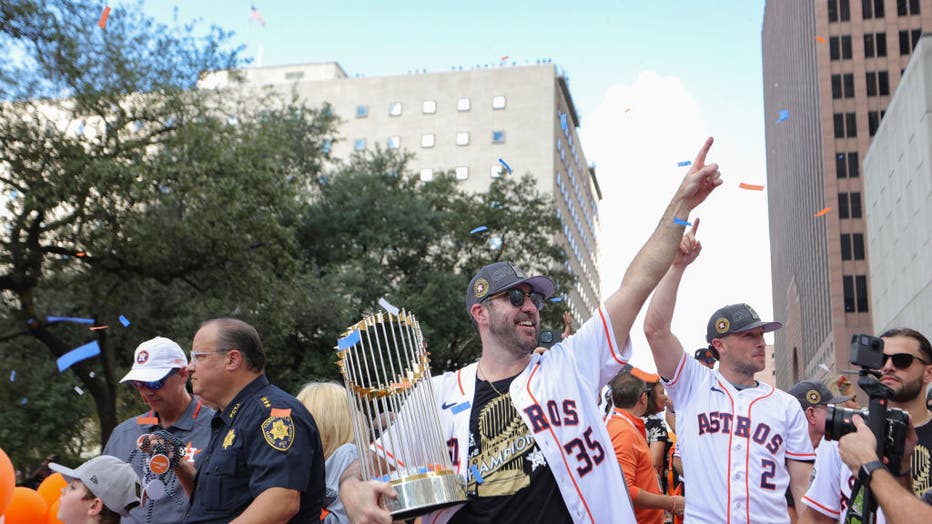 "To Houston: Thank you from the bottom of my heart for being so positive, generous, and accepting. You made me and my family feel at home and I'll always be grateful for that. We have all shared lots of amazing moments together since the trade in 2017. My family and I will forever cherish our time in the H and the memories created that will last a lifetime! Much love - The Verlanders."

The 39-year-old Houston Astros ace returned from Tommy John surgery to lead the organization to its second World Series championship, posting an MLB-best ERA of 1.75 while going 18-4.

Verlander opted out of his contract with the Astros during the offseason, declining his $25 million player option that came about after he threw over 130 innings during the 2022 MLB season.

As FOX 26 has reported, Verlander agreed to a two-year, $86 million deal with the New York Mets earlier this week.