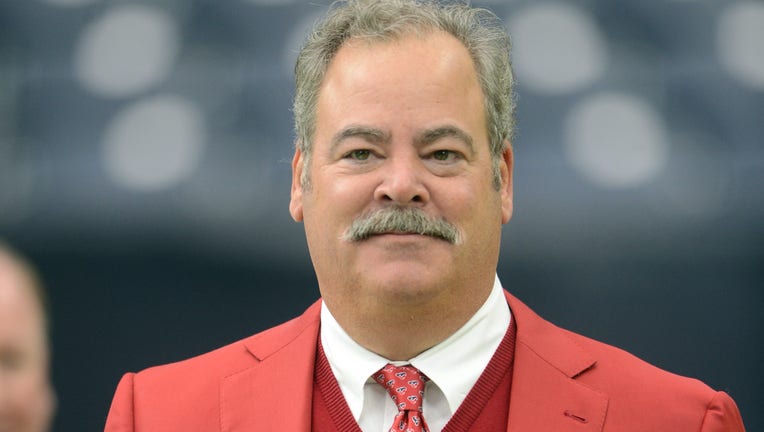 HOUSTON - This has been a difficult time for the Houston Texans organization and nobody understands that more than Cal McNair, the franchise’s chairman and CEO.

"Change is hard and we’re going through change and I accept everything hasn’t gone perfectly," McNair said. "It’s just hard and we’re working through it. If players, media and fans are upset, that’s on me and I’ll apologize for my actions or communications that have created mistrust and I accept those team’s and fan’s frustrations. I’ll learn, listen, commit to getting better, but change is hard. Winning, what we’re trying to do, chase the championships, it’s gonna be hard. I’m committed to doing that."

McNair has reached out to former Texans great Andre Johnson, who this week harshly criticized the organization on Twitter.

"If I’m @deshaunwatson I will stand my ground. The Texans organization is known for wasting players careers. Since Jack Easterby has walk into the building nothing good has happened in/for the organization and for some reason someone can’t seem to see what’s going on. Pathetic!!!"

Johnson is the team’s first member of their Ring of Honor.

"We have a long relationship with Andre, as you know, and I’d just say we feel his passion," McNair said. "He’s got a lot of passion for the Texans, for the game, and we share that.

"I talked to him during the phase where we visited with the advisory group early and I’ve reached out since then, but we haven’t spoken."

Johnson was a member of the advisory group that helped the Texans during their search for a new general manager.

McNair has also reached out to quarterback Deshaun Watson, who is unhappy that he was not kept in the loop on the hiring of general manager Nick Caserio.

"Deshaun and I connected over texts since he’s returned from vacation and I believe in dealing with the personnel issues directly with the players, but in conjunction with our general manager," McNair said.

"Deshaun, it’s no secret that he’s disappointed in the communication during the (general manager) hiring process."

While McNair did not want to go into the specifics of what he and Watson discussed in their text messages, he did say his star quarterback will be kept in the loop during the Texans search for a new head coach.

"That’s the intent," McNair said. "We want him in the loop and part of the process."

McNair did say he feels better about the situation involving Watson, but also said he would like to meet with him at some point.

McNair also pointed out there is nothing to the speculation that Watson could be traded.

And he wants Watson to lead his team for many years to come.

"I’ve liked Deshaun and watched him since he played at Clemson," McNair said. "I’ve believed in him and his leadership in (winning a) championship in college and I think he can lead our team to championships here. I’ve had a firm belief in that and we’ve seen it on the field in good years like last year. We went to the second round of the playoffs and he was a good leader. This year, the flip side of the coin, our record wasn’t nearly as good, but he was still the same great leader. We believe in him. My mom loves him. He’s a great person.

And so is Jack Easterby, the Texans executive vice president of football operations, who served as the team’s interim general manager prior to the hiring of Caserio.

"Nick is in charge of the roster, personnel, contracts, all those things. Nick, not Jack. Nick’s the GM.

McNair pointed out the fact that the Texans waited until this week to request permission to interview Chiefs offensive coordinator Eric Bieniemy as part of their search for a new head coach was simply a function of waiting for Caserio to develop his list of candidates.

Caserio was hired as the Texans GM last week.

"We were waiting on Nick’s list of coaching candidates," McNair said. "Nick added him to the list. Other candidates had been recommended. Like all the candidates, they are Nick’s and my choices.

"Picking the right head coach is more important than making a quick pick. It’s an important spot, means a lot to us and we’ll take our time and get the right guy."

"We're professional athletes getting paid a whole lot of money. If you can't come in and put in work - you should not be here." - J.J. Watt