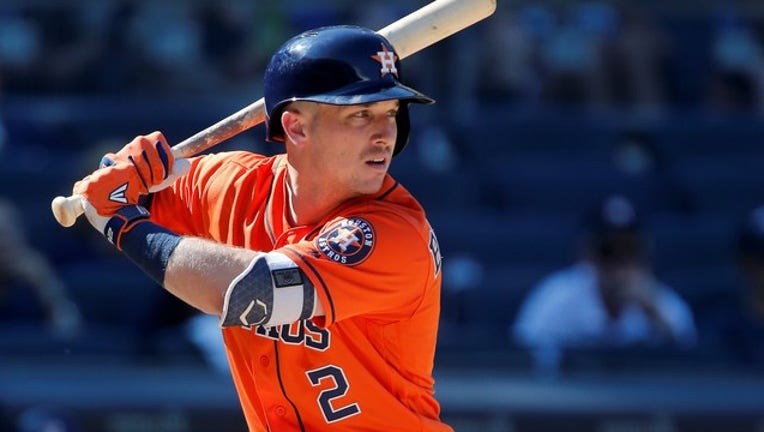 Alex Bregman #2 of the Houston Astros in action

HOUSTON (FOX 26) - For the second straight season, Astros third baseman Alex Bregman will compete in the Home Run Derby prior to the All-Star Game.

Bregman, who is currently tied for second in the American League with 23 homers, is the 4-seed in the bracket-style event. He will face off with Los Angeles Dodgers slugger Joc Pederson in the first round of Monday night’s derby.

Bregman was the 4-seed in last year’s derby, where he narrowly lost in the first round to the Cubs’ Kyle Schwarber, 16-15. He went on to hit the go-ahead home run on the 10th inning of last year’s All-Star Game en route to MVP honors.

The winner of this year’s Home Run Derby will take home a $1 million grand prize.

Milwaukee outfielder Christian Yelich – the reigning National League MVP who leads all of baseball with 31 home runs – is the top overall seed.