A young mother, who has never smoked, is battling lung cancer for the fourth time. She travels from Oklahoma City to Houston to get treatment. But she does her best to live life to the fullest for her family.

HOUSTON - Ashley Stringer is known as a loving wife and mother of two. She never imagined it was lung cancer taking her breath away.

"In 2017, I began having shortness of breath and I felt like maybe it was asthma. And so I decided to go see a pulmonologist. They did an X-ray and found a spot in my left lung. And further testing revealed that it was lung cancer, which was a complete surprise to me, because I did not have any smoking history," explains Ashley.

RELATED: Breast cancer patient changes career to help patients like her, with lymphedema

"I had surgery to remove half of my left lung and then the cancer returned on two different occasions. I've had radiation to treat it since then," says Ashley. "It's been a journey.

Non-smokers can get lung cancer too

She wants to make sure everyone knows you do not have to be a smoker to get lung cancer.

Dr. Mara Antonoff, who is an Associate Professor of Thoracic Surgery at MD Anderson Cancer Center agrees that it's one of the biggest myths about the disease. She explains the situation for those patients who don't survive the disease.

While smoking is the #1 risk factor for developing lung cancer, there are other possible factors.

"We do believe radon exposure in the home can be a risk factor for the development of lung cancer. That is something that people can check out by getting a radon detection kit," says Dr. Antonoff.

Radon detection kits are often commercially available. They can be purchased online to check on radon levels in the home.

"We also know that exposure to a number of various pollutants, metals, work exposures, and secondhand smoke can increase risk of lung cancer," added Dr. Antonoff.

Family history and genetic mutations are also predispositions to having lung cancer as well. 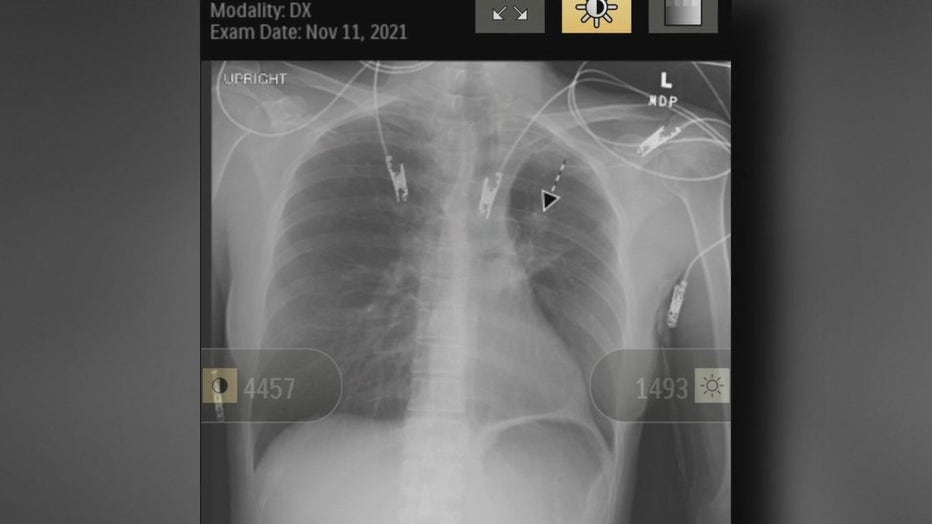 Despite being a non-smoker, Ashley Stringer has been diagnosed with lung cancer for the fourth time.

A genetic mutation is to blame for Ashley's cancer. This often happens early in life.

"We see it in all age groups. We see it in people who even might be teenagers, people in their 20s and 30s. And unfortunately, in those younger people, when they develop lung cancer because the suspicion is so low, and people don't think of it being a possibility, unfortunately, they often have quite advanced disease by the time they get the right diagnosis and start getting treatment," says Dr. Antonoff.

Ashley is starting a targeted therapy for her gene mutation.

No matter the cause, symptoms of lung cancer often look the same.

"I think one of the most important things to recognize is that symptoms don't often develop until later stages of the disease," states Dr. Antonoff. "That's another reason why we really need to have a high index of suspicion and be on the watch for any symptoms, even at the very first sign. Even someone in whom you might not think is super likely to get lung cancer."

Living life to the fullest despite lung cancer diagnosis

Ashley is thankful for new therapies that allow her to dream of a healthy future. While she's in Texas seeking treatment, she lives life to the fullest, making it more like a vacation for her family. 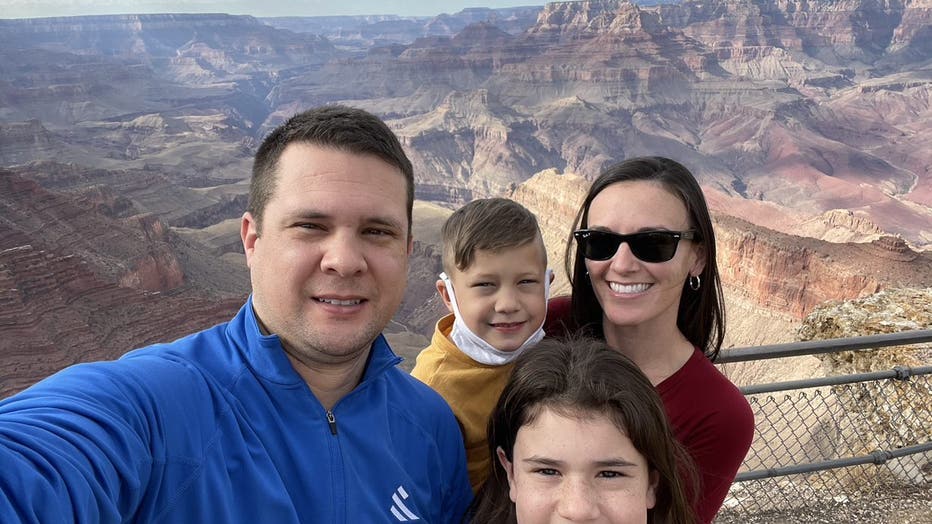 Even through her lung cancer diagnosis, Ashley Stringer tries to live life fully with her husband and two young children.

She's even doing everything she can to travel to all 50 states with her children, and is having an incredible time doing it.

"There's lots of research ongoing and a lot of hope in the future. And I'm going to do everything that I possibly can to be here for as long as I can, to be there and be their mom," reflects Ashley. "They understand on a certain level, and I think they've accepted it and have grown to appreciate certain things maybe more than other children would. So it's bittersweet."

A truly sweet moment for Ashley was ringing the treatment bell. Now she's looking forward to doing it again one day.

For anyone at high risk of lung cancer, like smokers or those exposed to known pathogens, it's recommended to get an annual CT scan, which is considered the best screening method to catch lung cancer early.