DOHA, Qatar - On one day and one day only, every four years, it is possible to randomly ask any person on the planet a simple question and have a reasonable shot at being able to guess the answer.

"What are you doing Sunday?"

If past figures are anything to go by, an accurate response for more than a billion members of the world's population will be the same.

"We don't want them to think about that," said France coach Didier Deschamps, when asked four years ago about how his players would handle the pressure of competing in a game more viewed than any other, anywhere.

LINK: Get updates and more on the 2022 World Cup at foxsports.com.

Such an approach is probably a wise thing, not just for France as it seeks to repeat but even for an experienced old head such as Lionel Messi, 35, bidding to lift Argentina to immortal greatness in the last World Cup game of his glittering career.

Ahead of Sunday's clash (coverage starts at 9 a.m. ET on FOX and the FOX Sports app), the players must remain in their own bubble. Having come this far, now is no time for distracting thought. The magnitude and gravity of it, the reality that a game and an occasion exists that literally reaches virtually all corners and will be consumed, en masse, in all countries, is for the rest of us to marvel at. 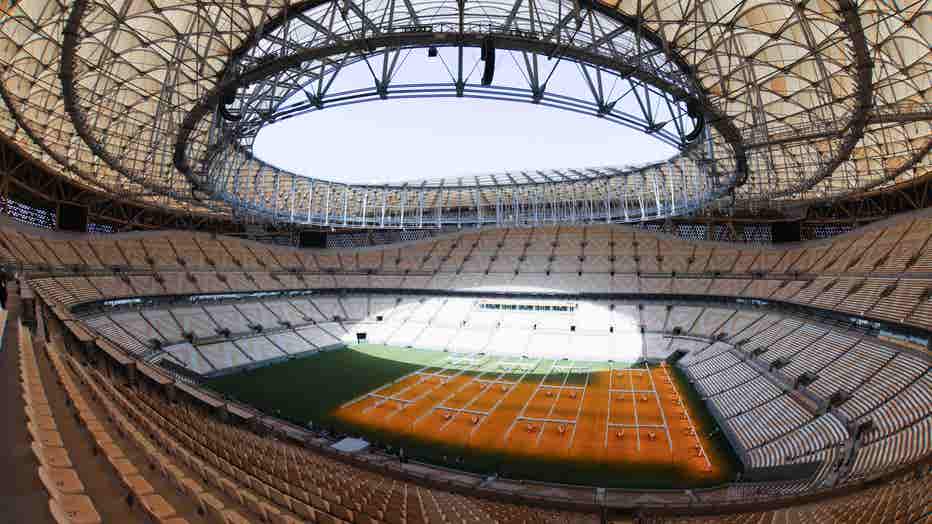 An interior view of the "Lusail Iconic Stadium" in Lusail near Doha, taken during a media tour. (Photo by Christian Charisius/picture alliance via Getty Images)

According to FIFA, 1.12 billion watched the 2018 final and, perhaps more remarkably, 3.2 billion witnessed at least some live coverage during the event.

Proof that soccer is the most global of all things, which is part of its beauty and also a small curse. Because it is so far-reaching, so truly international, opportunities to find the best of the best are few and far between.

Domestic competitions, elite club tournaments such as the Champions League and regional championships combine to fill the calendar, and it is only the World Cup, usually separated by gaps of 1,500 days at a time, where the worldwide nature of soccer fully comes into its tightest focus.

The Super Bowl is a grandiose occasion and also commands a monumental audience, but it is, in its essence, an American thing, the level of passion far greater in our country and observed more as a curiosity and a spectacular show in others.

The Olympics are global, but they are different, too. Many sports, many triumphs, all happening at once in multiple venues and with eyes pulled to different parts of it.

Not so with the World Cup final, with everything magnified onto one field, and to the feats and feet of 22 players. As the coming together of the game they play everywhere, the final is about more than just seeing who is going to win it all after 64 games and a month of action in and around Doha.

It is the culmination of what makes soccer so dramatic and is a tale woven by all the tales that came before, made possible by the attempts and failures of 30 other teams who wish they were still here. 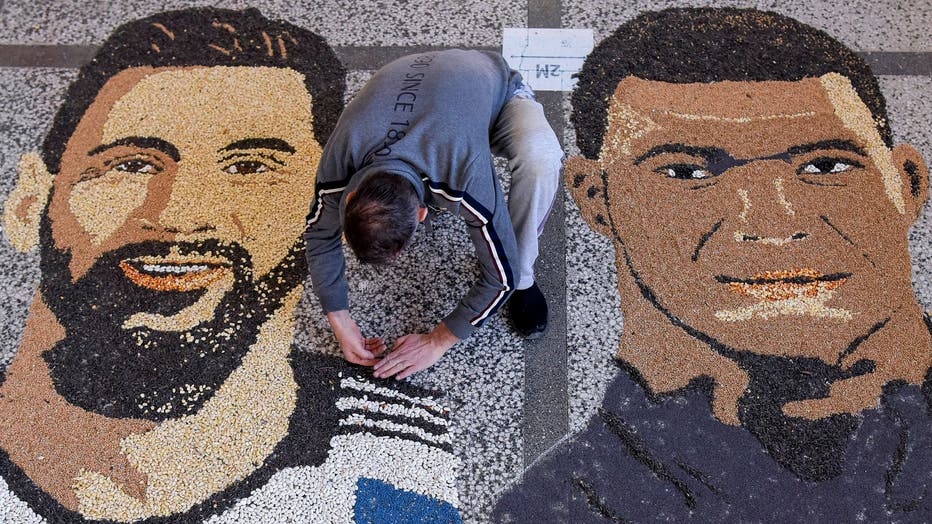 Kosovar artist Alkent Pozhegu works on the last details of his mosaic, made with grain and seeds on the ground, depicting Argentina's forward Lionel Messi (L) and France's forward Kylian Mbappe in the town of Gjakova on December 17, 2022, on the eve

There were victories that sent whole nations into instant celebration, such as when Saudi Arabia beat Argentina and declared a national holiday. Messi and his friends took that one on the chin, and from the ashes climbed to here.

We saw Brazil perform a dance of delight before a song of sorrow followed. England suffered disappointment from a familiar location – the penalty spot – via the unexpected source of its typically unflappable captain, Harry Kane. 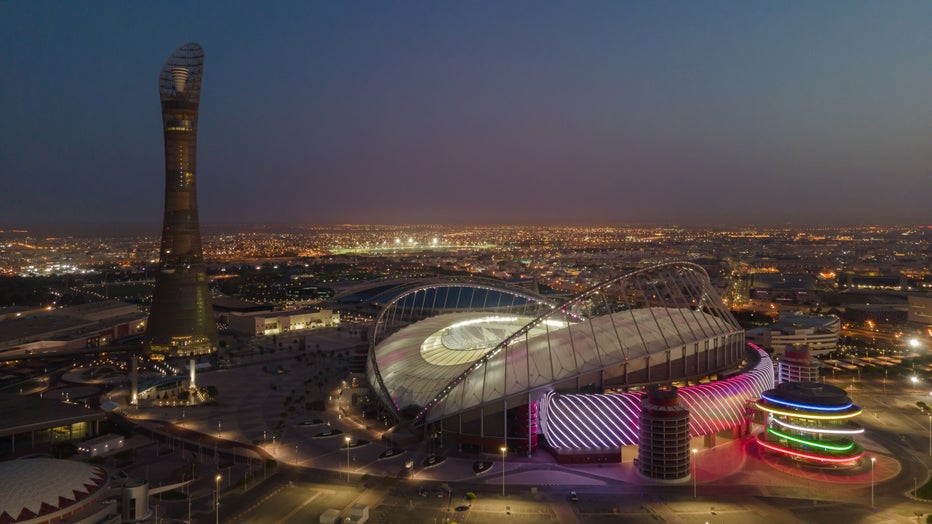 Morocco showed that the underdog can thrive if it is collective and motivated enough while Croatia shouted that size doesn't matter, making a semifinal four years after a runner-up position despite being one of the tiniest participants in terms of size and population.

Japan sprung two giant upsets, the United States promised much but fell to a much better Netherlands team, Germany and Spain proved that big reputations mean less than they ever did, while Cristiano Ronaldo's World Cup odyssey ended in tears – his own. 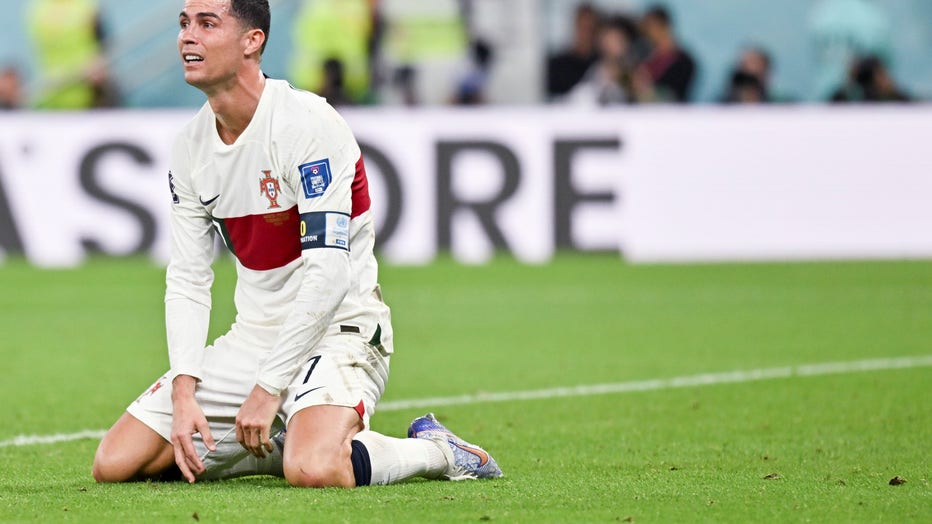 Cristiano Ronaldo of Portugal reacts during the Quarterfinal between Morocco and Portugal of the 2022 FIFA World Cup at Al Thumama Stadium in Doha, Qatar, Dec. 10, 2022. (Photo by Xiao Yijiu/Xinhua via Getty Images)

Soccer is an imperfect sport, unfair in that the best team won't always win, which is part of why it's the world's game, because life often isn't fair either.

Soccer is usually something that happens in step with the lives of those who love it. The World Cup final is the time when those disciples drop everything for it.

They do so not knowing what is to come. Sometimes, such as in 2010 and 2014, the showpiece is a tight, nervous affair, decided by a single goal in extra-time. Sometimes it is open and goal-filled, like in 2018.

There have been sublime individual performances, from some of the all-timers, like Pele and Diego Maradona and Zinedine Zidane. That chance is what presents itself this weekend to France superstar Kylian Mbappe. And, of course, to Messi, or for a new hero to step forward and claim his moment. 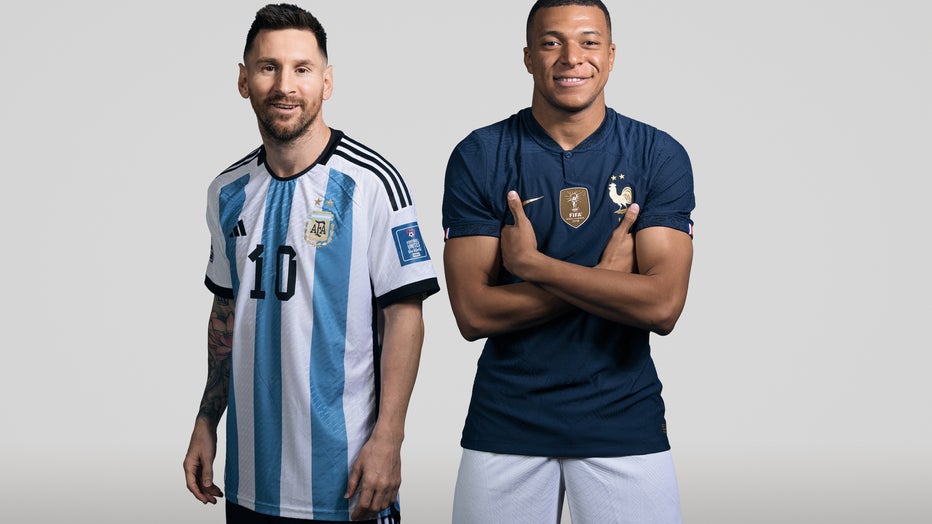 In this composite image, a comparison has been made between (L-R) Lionel Messi of Argentina and Kylian Mbappe of France, who are posing during the official FIFA World Cup 2022 portrait sessions. Argentina and France meet in the final of the FIFA Worl

Being at a World Cup is an evolving experience, starting with the breathless freneticism at the beginning, logjammed, people here from everywhere and so many games, so often, you can barely think.

It streamlines toward the end, with just two teams left, most fans departed along with the hopes of their teams, and far less frequency on the game schedule. All building, naturally, to when there is just one game, the one that matters most.

The one you can watch in a stadium here, or your home, or on your phone, in a bar, with a group. Or completely alone – yet in unison, somehow, with more than a billion others.