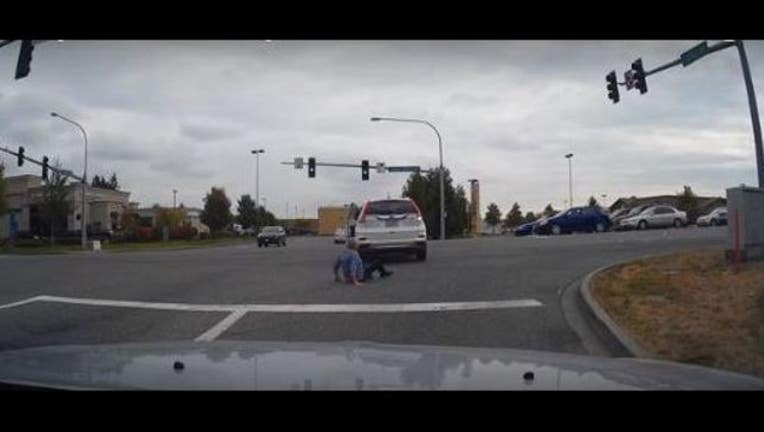 (STORYFUL) - A woman in Burlington, Washington, was taken off her feet by her own car on August 9 after attempting to close its gas cap while waiting at a red light.

After stopping at the junction, the woman left the car then noticed it was still moving. Unfortunately, her attempt to grab hold of the steering wheel resulted in the wheels colliding with her feet, sending her to the ground while the car freewheeled into the junction.

In an interview with KOMO News, the dash cam owner, David Alger, said that the woman told her she was fine when he offered to help.