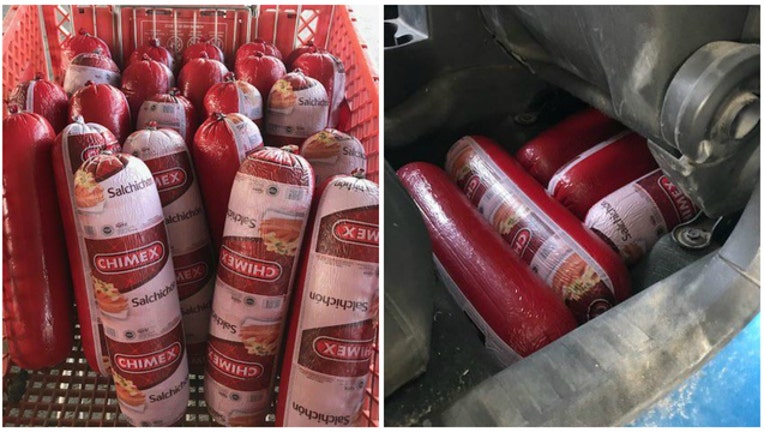 The woman was stopped at the El Paso entry on Wednesday. Customs and Border Protection officers said that she initially told inspectors she did not have any banned items in the car. Asked a second time, she said she had "Salchicha" in the car under the floor mats. She had 23 rolls of the Mexican bologna.

The CBP said that bologna is prohibited because it is made from pork and could potentially introduce foreign animal diseases into the U.S. pork industry.