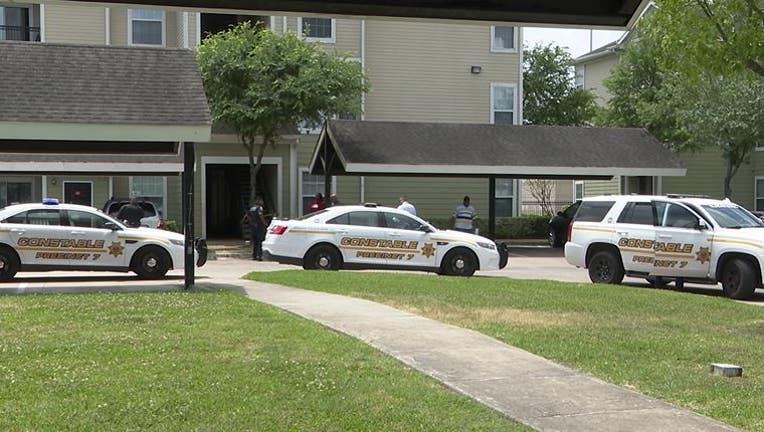 HOUSTON - Officials say two people were reportedly "playing with guns" which led to a woman getting shot to death in south Harris County.

Details are limited, but it happened in the 3500 block of S Sam Houston Parkway E. That's where Harris County Sheriff Ed Gonzalez says deputy constables with Precinct 7 were called to an apartment. There, arriving officers found 8-10 people between the ages of 17 and 23-years-old.

Preliminary information by Sheriff Gonzales is the woman, later identified as Nariah Champion, 18, "was possibly shot by a known male while they were playing with guns."

While investigating the scene, Sheriff Gonzalez noted deputies received a call by Pearland PD about a vehicle with Champion inside that crashed about a mile from the hospital. Champion and the other occupants were reportedly given a ride to the hospital by a good Samaritan, where she succumbed to her injuries.

HCSO and Crime Scene Unit investigators, who were there to help assist with the investigation, found Zakorian "Cory" Batiste, 17, to be the shooter. Sheriff Gonzalez says the teenager "was playing with a loaded handgun when it discharged" hitting Champion.

The 17-year-old was booked in the Harris County Jail on a manslaughter charge on a $50,000 bond.