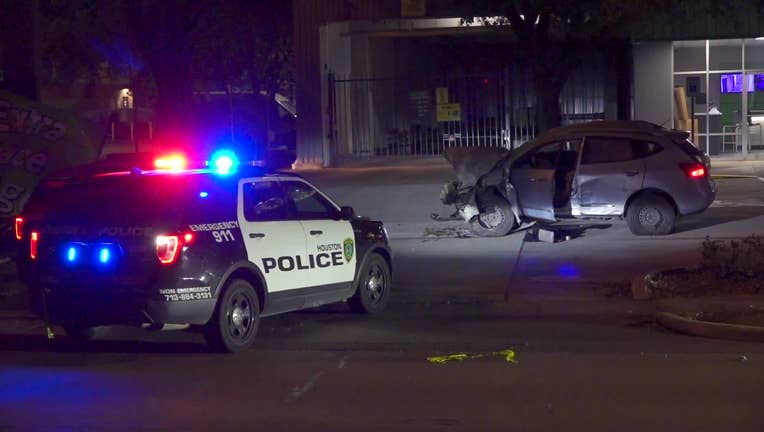 The Houston Police Department investigates a crash along the Southwest Freeway near Greenbriar.

HOUSTON - A woman was taken to the hospital in critical condition after she fled during a traffic stop and later crashed, Houston police say.

The incident began around 1:13 a.m. when an officer saw a vehicle that had no headlights on and was weaving, authorities say.

According to police, the officer got behind the vehicle and the driver took off, running several stop signs.

The patrol unit caught up to the driver and initiated a traffic stop. She pulled over near Richmond and US 59.

The officer approached and got the driver’s ID. Police say the officer smelled alcohol and started to do a DWI investigation when the driver took off.

The officer tried to catch up, and they ended up on US 59. Police say the driver exited Shepherd, and the officer lost sight of her.

As the officer was looking for her, HPD says another officer found her along the Southwest Freeway near Greenbriar. Her vehicle had left the roadway and crashed into a sign.

The sign was catching fire, so a tow truck helped pull the car out of the fire. Officers used an extinguisher to put out the fire.

The Houston Fire Department extricated the woman from her vehicle and took her to the hospital. She was last reported to be in critical condition.