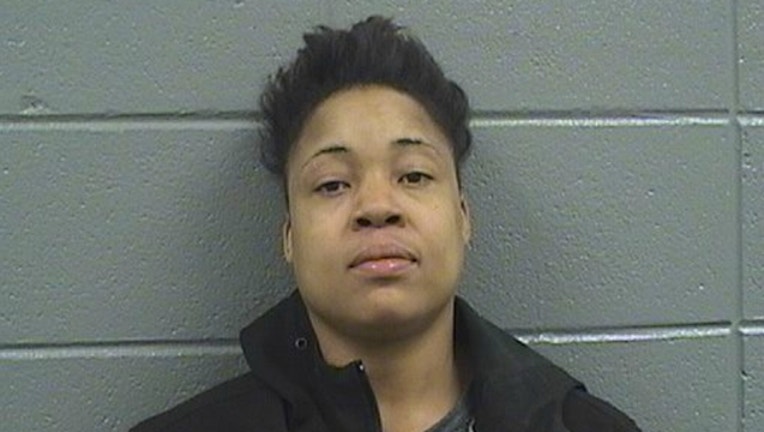 CHICAGO (SUN TIMES MEDIA WIRE) - A woman has been charged with sexually assaulting a 6-year-old girl at an apartment in the Marquette Park neighborhood on the Southwest Side.

Latoya Frost, 32, was arrested early Saturday after she sexually assaulted the girl and forced her to perform several sex acts, according to Cook County prosecutors. Frost had locked the first-floor bedroom door and lodged a chair under the doorknob so nobody could get inside.

During the assault, Frost held her hand over the girl’s mouth and threatened to kill her family if she didn’t do as told, prosecutors said. Frost also struck and scratched a 4-year-old boy who started crying in the top bunk of a bed.

Frost had left the home when officers arrived, but they later found her walking down the street two blocks away from the home and took her into custody, Chicago Police records show.

She faces one felony count each of aggravated battery and predatory criminal sexual assault, according to prosecutors. She was held with no bail until her next court appearance on Tuesday.

Frost has three felony convictions, most recently for punching a paramedic who was trying to give her medical attention.