DEARBORN, Mich. (FOX 2) - September 2 was a beautiful day for a ride with the windows open and the top off if you're a Jeep Wrangler driver. Of course, that would all be fine, assuming you're fully clothed. But an Eastern Michigan University administrator, apparently, was not wearing any clothes that day and was touching himself - and it was caught on cell phone video.

An observant truck driver witnessed much more than he would have liked to have seen while driving in Dearborn as he spotted the man having quite the joyride. That man has been identified as Michael Tew, an EMU professor.

"They saw an individual unclothed driving down Michigan Avenue potentially fondling himself," said Dearborn Police Chief Issa Shahin. "Obviously with the top down in a jeep there was not a lot left to the imagination."

The driver had an eyeful from his cab and, because the Jeep's roof was off, he was able to ask him what he was doing.

FOX 2 learned this isn't the first time Tew has had a charge like this. Ten years ago, in Livonia, he was charged with the same thing at least once.

"'It was in broad daylight in Michigan Avenue," Shahin said.

The lewd behavior wasn't far from the police department and Shahin credited nearby drivers for getting the video and the man's plate so they could track him down.

Tew worked as an associate provost and Associate Vice President for Academic Programs and Services and also previously served as Director of Equality, FOX 2 has learned.

"I don't think it's appropriate no matter what field of work you're in," Shahin said.

In a statement from EMU, the university confirmed Tew had worked for the school since 1989 and said Tew has been suspended.

"We are troubled and concerned about the reported incident. The individual involved has been a faculty member and administrator at the University since 1989. Upon learning about this matter from Dearborn Police yesterday, the University took immediate action and suspended the individual indefinitely, pending the outcome of the investigation and legal proceedings. They are not permitted to be on campus during the suspension. We are not aware of any inappropriate conduct or actions of this nature related to their work on campus," the statement read. 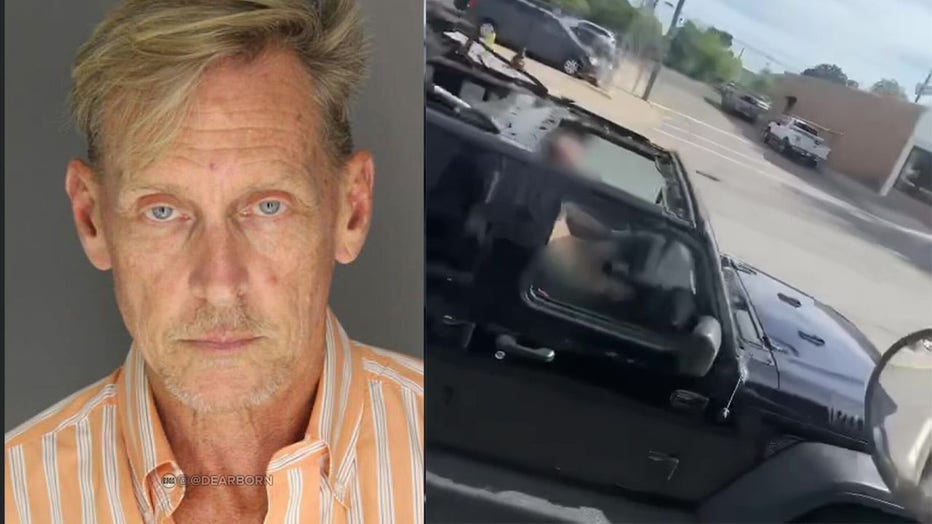 Michael Tew, 62, was arrested after police said he was driving naked and touching himself through Dearborn last Friday.