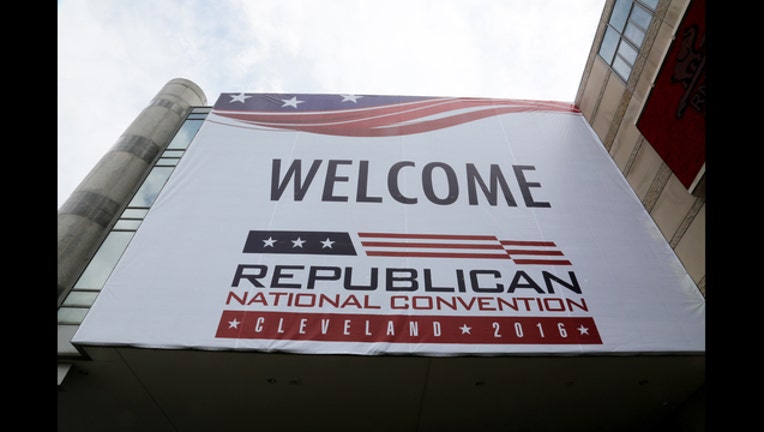 CLEVELAND, Ohio - If you're the GOP, how's your relationship status looking? It's no secret that the party is lacking in unity-- and this week more than every, it will be evident.

The Republican National Convention is usually an event that doesn't run short on big names, but this time, it's different. The list of prominent Republican figures who won't be in Cleveland is a long one. Just to name a few, that list includes former Presidents George W. Bush and George H.W. Bush; Mitt Romney, John McCain, Jeb Bush, Marco Rubio, Sen. Rand Paul (Ky.), Sen. Lindsey Graham (S.C.), and Sen. Jeff Flake (Ariz.), who according to the LA Times said he would not be attending because he needs to mow his lawn.

And if that's not enough, former presidential candidate and current Ohio Governor John Kasich isn't even welcome in Cleveland, according to Trump's campaign manager, Paul Manafort. Manafort said Kasich-- who has not endorsed Trump-- is "embarrassing his party in Ohio." Kasich will not attend the convention.

#RNCinCLE: Who is speaking on Monday night?

Those who are in attendance this week will undoubtedly hope to unite their fractured party. But what will it take? If you ask Jeb Bush, it won't involve Trump. On Friday, the Washington Post published a scathing op-ed piece written by Jeb Bush. In it, Bush says Trump does not represent the future of the United States-- or the GOP.

"While he has no doubt tapped into the anxiety so prevalent in the United States today, I do not believe Donald Trump reflects the principles or inclusive legacy of the Republican Party. And I sincerely hope he doesn’t represent its future," he wrote. (click here to read the entire piece)

What do you think is ahead for the Republican Party-- in Cleveland, and beyond? Weigh in on Facebook.