TEXAS - Former Texas State Sen. Wendy Davis, best known for her 13-hour filibuster of a 2013 abortion bill, has filed a federal lawsuit challenging Texas’ recent abortion law. The suit claims the law is "blatantly unconstitutional" and written to "make a mockery of the federal courts." 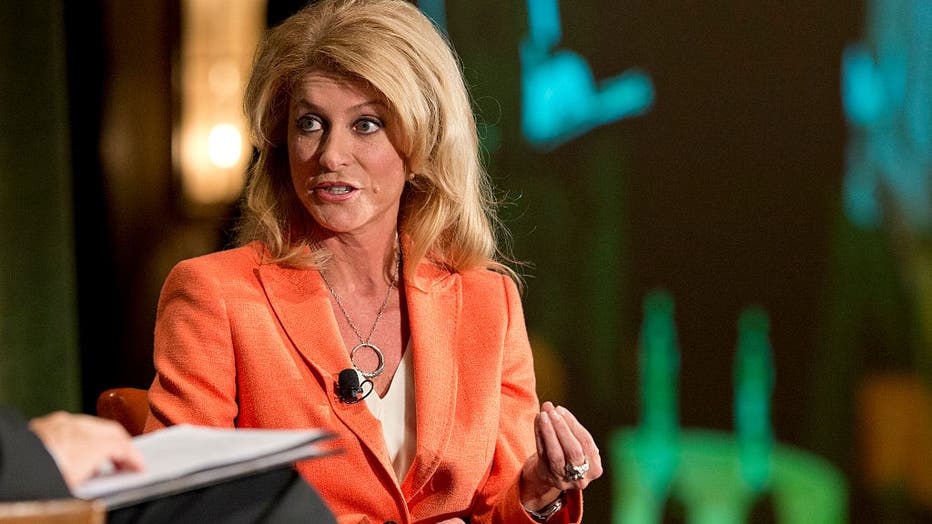 Texas Sen. Wendy Davis speaks about her battle with Republican Greg Abbott for Texas governorship during an interview with Texas Tribune editor Evan Smith at the Texas Tribune Festival at the University of Texas. Davis, known for her late night filib

The law, which went into effect in September and empowers private citizens to bring civil lawsuits against anyone who "aids or abets" in an abortion after fetal cardiac activity is detected, has led abortion clinics to stop providing the procedure after about six weeks of pregnancy.

Meanwhile, abortion funds — nonprofit advocacy groups that help pay for abortions and related expenses — have seen increased demand from pregnant Texans seeking care outside the state. This financial support has put these funds in the crosshairs of abortion opponents, who have claimed on social media and in legal filings that abortion fund donors, employees and volunteers are susceptible to lawsuits and criminal charges.

Davis, who was the Democratic nominee for Texas governor in 2014 and unsuccessfully ran for Congress in 2020, donates to and works with the Lilith Fund for Reproductive Equity, an Austin-based abortion fund, according to the lawsuit. She claims in the suit that these threats against donors and volunteers "have had a chilling effect" and stop her from associating with "like-minded people to express her views and achieve her advocacy goals."

She is joined in the suit by the Stigma Relief Fund, an abortion fund associated with abortion provider Whole Woman’s Health, and Marva Sadler and Sean Mehl, who both work for Whole Woman's Health and serve on the board of the Stigma Relief Fund. Sadler and Mehl say in the suit that they have stopped donating to abortion funds "until the Court clarifies whether and to what extent [they] can face liability for doing so."

They are suing state Rep. Briscoe Cain, R-Deer Park, and three private citizens who have made efforts to bring lawsuits against abortion funds. Cain recently sent cease-and-desist letters to all the Texas abortion funds, accusing them of criminal conduct.

In a written response late Tuesday, Cain reiterated statements made in his cease-and-desist letter and repeated his intention to pass legislation next year that would allow district attorneys to prosecute abortion-related crimes outside their home jurisdictions.

The lawsuit filed Tuesday claims that the law violates the plaintiff’s rights to due process and free speech and asks the court to declare both this law and Texas’ older abortion law unenforceable.

In recent months, abortion opponents have accused abortion funds of both civil and criminal impropriety, and the abortion funds have brought their own legal challenges to block the law.

The chief architects of Texas’ new abortion law have asked a state district judge to allow them to depose the leaders of two abortion funds, seeking to "better evaluate the prospects for legal success" in potential lawsuits over illegal abortions.

Anti-abortion advocacy groups including the Thomas More Society have also tweeted at different abortion funds, claiming their donors could face lawsuits. The law specifies that paying for a prohibited abortion constitutes "aiding and abetting," and someone can be sued "regardless of whether the person knew or should have known that the abortion would be performed or induced in violation" of the law. 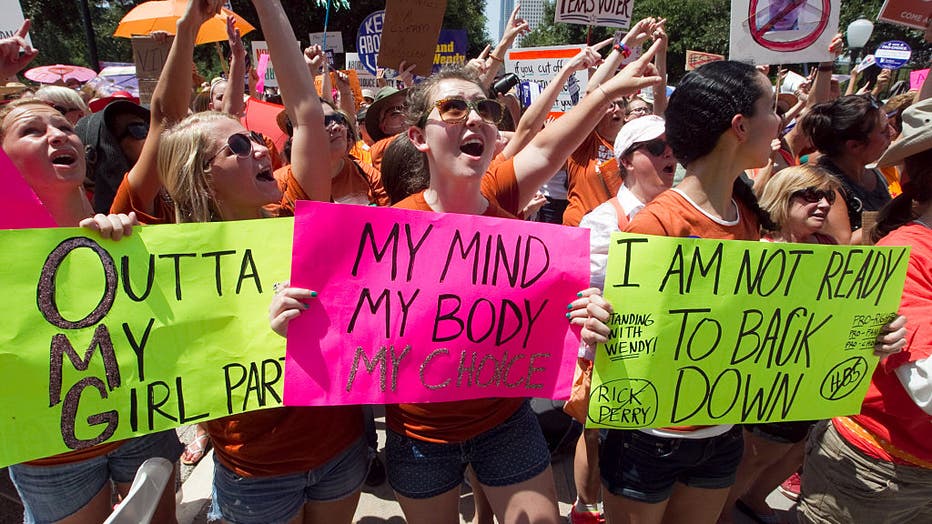 July 1st, 2013 Austin, Texas USA: Thousands on both sides of the abortion debate, arrive at the Texas Capitol on first day of the second called special session of the Texas Legislature. Senate bill #5 did not pass on last day of first called special

Recently, Cain claimed that the abortion funds could also face criminal charges under a Texas abortion statute that was declared unconstitutional by the U.S. Supreme Court in 1973. Cain claimed in his cease-and-desist letter that the law, which was never repealed by lawmakers, was recently reaffirmed when the state passed the new abortion law.

Davis’ lawsuit asks the judge to affirm that the old criminal statute is unenforceable and that the newer law is unconstitutional.

The current law "seeks not only to strip Texans of their fundamental right to make decisions about their pregnancies based on their individual circumstances and religious beliefs, but also to make a mockery of the federal courts," the lawsuit said.

In December, the U.S. Supreme Court threw out most of the arguments brought by abortion providers to challenge the law, and though a state judge found the law to be unconstitutional, he allowed it to remain in effect.

More from the Texas Tribune