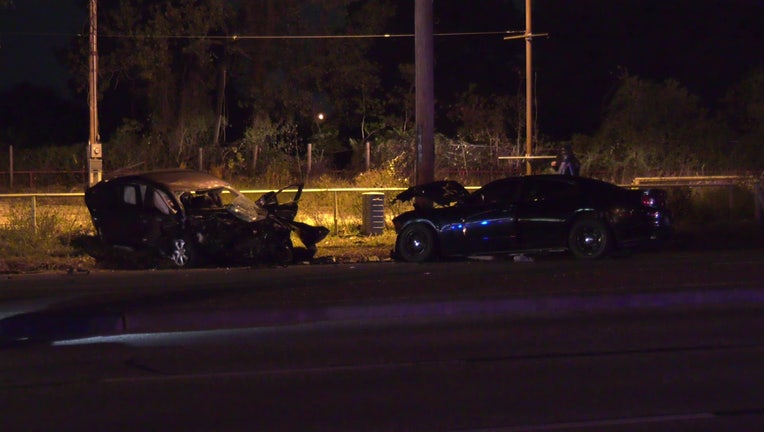 According to authorities, the crash occurred on the 9100 block of FM 1960 Road West around 8 p.m.

Authorities said crews responded to reports of a head-on crash.

Authorities said the female driver that was traveling the wrong way was taken to the hospital via Life Flight in critical condition.

The Constable Deputy, who we're told was from Precinct 3 and was off duty, was taken to the hospital with non-life-threatening injuries.

The crash is under investigation by the Harris County Sheriff's Office.