The Harris County Sheriff's Office released surveillance video of a suspect in a deadly aggravated robbery that occurred on Veterans Memorial on July 3.

HARRIS COUNTY, Texas - Authorities are searching for a suspect in a deadly robbery at an ATM in north Harris County.

The sheriff’s office responded to the 12100 block of Veterans Memorial on July 3.

According to the sheriff’s office, employees at a nearby restaurant activated a panic alarm after they saw the shooting occur.

Deputies arrived and found a 43-year-old woman in the driver’s seat of her car and her husband outside of the car.

The sheriff’s office says deputies  spoke to both people and learned that the woman was shot during an aggravated robbery, during which an armed suspect held them at gunpoint demanding they withdraw money from the ATM at the location.

The woman was taken to the hospital in critical condition. Authorities say she passed away from her injuries several days later. 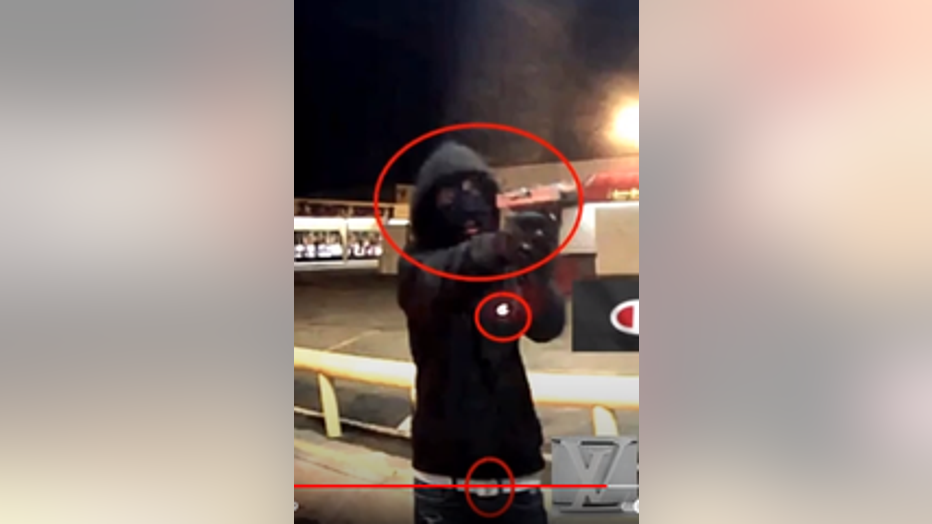 The sheriff’s office says the male suspect was wearing a dark colored hoodie, a full face cover, gloves, and a distinctive white belt and buckle.

Crime Stoppers may pay up to $5,000 for information leading to the charging and/or arrest of the suspect in this case. Information may be reported by calling 713-222-TIPS (8477), submitted online at Crime-Stoppers.org or through the Crime Stoppers mobile app. Only tips and calls DIRECTLY TO Crime Stoppers are anonymous and eligible for a cash reward.