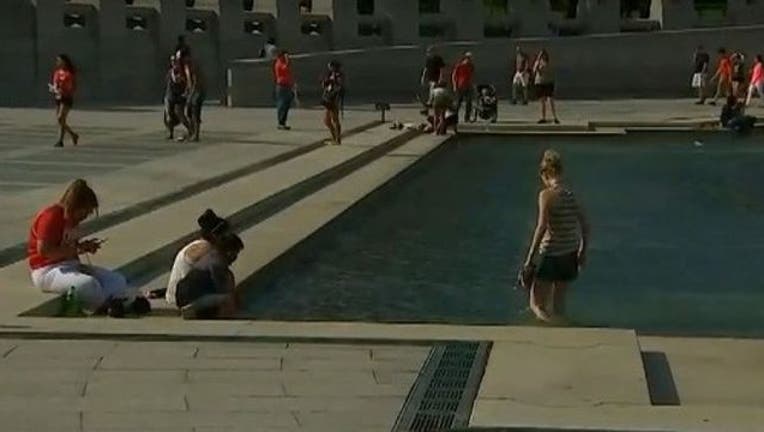 WASHINGTON, D.C. - Visitors to the WWII Memorial in Washington, D.C., are trying to beat the heat by wading in its waters – a move U.S. veterans say is disrespectful and that needs to stop.

The memorial was completed on the National Mall in 2004, but the controversy over wading and toe-dipping in its Rainbow Pool and fountains seems to have reached a flash point this summer, particularly during last week’s heat wave.

Holly Rotondi, executive director of Friends of the National World War II Memorial, told The Washington Post that she recently received a phone call from the son of a World War II veteran complaining about visitors dipping their feet in the water, saying it was “very disrespectful to the generation” who fought in and lived through the war.

Beyond the issue of whether the wading is disrespectful, such activity is against National Park Service rules that are posted at several locations around the memorial -- which honors the 16 million who served in the U.S. armed forces and the more than 400,000 who died in World War II. “Honor Your Veterans. No wading. Coins damage fountain,” the signs read.