ISLAMABAD (AP) - The seven-day “reduction of violence" deal promised by the Taliban will begin on Friday night, a senior U.S. State Department official said, without specifying the exact time. That will start the countdown to the signing of a peace agreement between the Taliban and the United States at the end of the month.

That peace agreement, to be signed in Doha, Qatar, on Feb. 29, will pave the way for a withdrawal of U.S. troops and intra- Afghan negotiations. U.S. Secretary of State Mike Pompeo said the peace agreement will also lead to an eventual permanent cease-fire.

“We are preparing for the signing to take place on February 29," Pompeo said in a statement. “Intra-Afghan negotiations will start soon thereafter, and will build on this fundamental step to deliver a comprehensive and permanent ceasefire and the future political road map for Afghanistan." 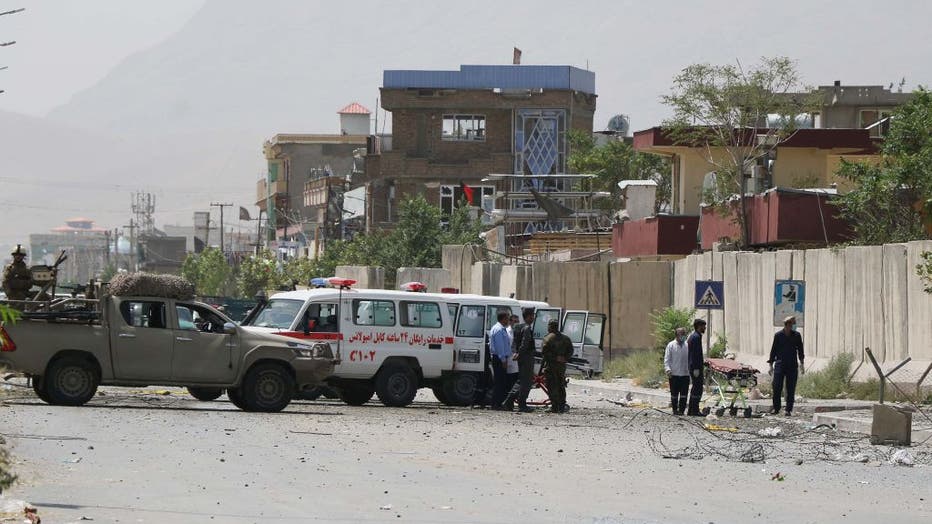 Ambulances arrive at the scene after a suicide car targeted police in the crowded Mirwais Maidan neighborhood during rush hours in Kabul, Afghanistan on 07 August 2019. According to the reports at least 20 people were killed and 100 others wounded in

The State Department official spoke on condition of anonymity to discuss the deal.

But the road ahead is fraught with difficulties.

It's still not clear who will represent Kabul at the negotiation table for the intra-Afghan talks, considered a key pillar in finding a lasting peace in the war-torn country. The Afghan election commission earlier this week declared President Ashraf Ghani the winner of the presidential elections held in September but his rivals quickly denounced his win.

The Taliban have refused to talk to Ghani's government and also denounced the election results, saying they will talk to government representatives but only as ordinary Afghans

The Taliban issued their own statement on the reduction of violence deal.

“Both parties will now create a suitable security situation in advance of agreement signing date, extend invitations to senior representatives of numerous countries and organizations to participate in the signing ceremony, make arrangements for the release of prisoners, structure a path for intra-Afghan negotiations with various political parties of the country and finally lay the groundwork for peace across the country with the withdrawal of all foreign forces," the Taliban said in a statement Friday.

The Taliban added that they will not allow “the land of Afghanistan to be used against security of others so that our people can live a peaceful and prosperous life under the shade of an Islamic system."