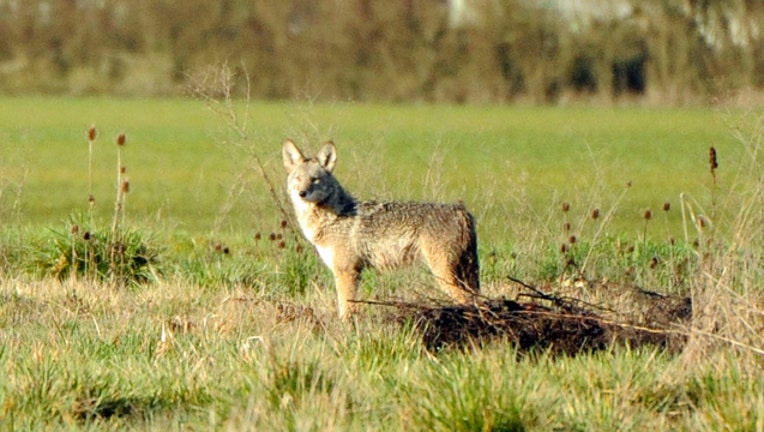 A coyote in the wild. (U.S. Fish and Wildlife Service file)

BOISE, Idaho (AP) - The U.S. Environmental Protection Agency has taken an initial step to reauthorize a predator-killing poison that injured a boy in Idaho and killed his dog.

The federal agency on Tuesday announced an interim decision involving sodium cyanide that's used in M-44s, devices embedded in the ground that look like lawn sprinklers but spray cyanide when triggered by animals attracted by bait.

"Cyanide traps can't be used safely by anyone, anywhere," said Collette Adkins of the Center for Biological Diversity. "While the EPA added some restrictions, these deadly devices have caused too much harm to remain in use."

The EPA determined that "based on the low frequency of sodium cyanide incidents reported ... there does not appear to be a concern at this time."

Federal officials decided against using the devices in Idaho after a then 14-year-old boy was injured in 2017 when he encountered an M-44 with his dog on federal land near his house on the outskirts of Pocatello. His Labrador retriever died.

The family has filed a lawsuit against the U.S. government.

The EPA said that between Jan. 1, 2013, and April 16, 2018, there were two reported incidents involving the poison. Environmental groups in different court actions involving the devices say that over the past 20 years the devices have killed about 40 dogs and injured a handful of people.

The U.S. Department of Agriculture's Wildlife Services uses the devices to kill coyotes and other livestock predators, mostly in the Western U.S.

Under a lawsuit filed by environmental groups, the EPA must also determine how the poison and M-44s could harm wildlife protected under the Endangered Species Act.

The analysis is required to be finished in 2021.