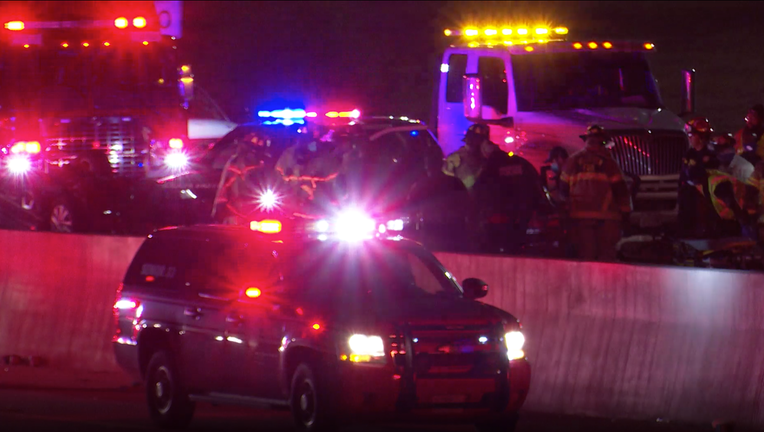 HOUSTON - At least two people are dead after a wrong-way driver crashed on 288 near Almeda Genoa Tuesday night.

Houston Police say they began receiving calls for a wrong-way driver on 288 near the Beltway, followed by calls from 288 at Almeda Genoa around 10:25 p.m.

Officers began circulating the area looking for the driver of a black Mazda 3 traveling northbound in the southbound toll lanes of 288. Their search was unsuccessful.

The Mazda then struck a red Honda Accord on the 7400 block of 288, and flipped hitting the median.

That's when a woman called 911 claiming that she was hit by a wrong-way driver and that she was pinned in her vehicle. 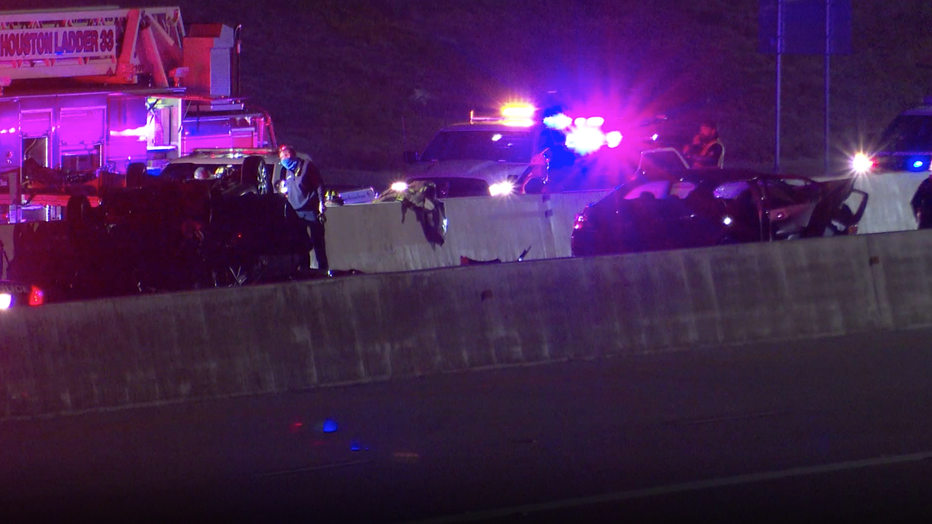 Houston Fire Dept. and HPD responded to the scene and cut the woman from her vehicle. She was then transported to a nearby hospital with a broken leg.

The Mazda's female driver, 21, and her female passenger, 25, were pronounced dead at the scene.