GEORGIA - This is one Georgia driver you've got to see to believe. 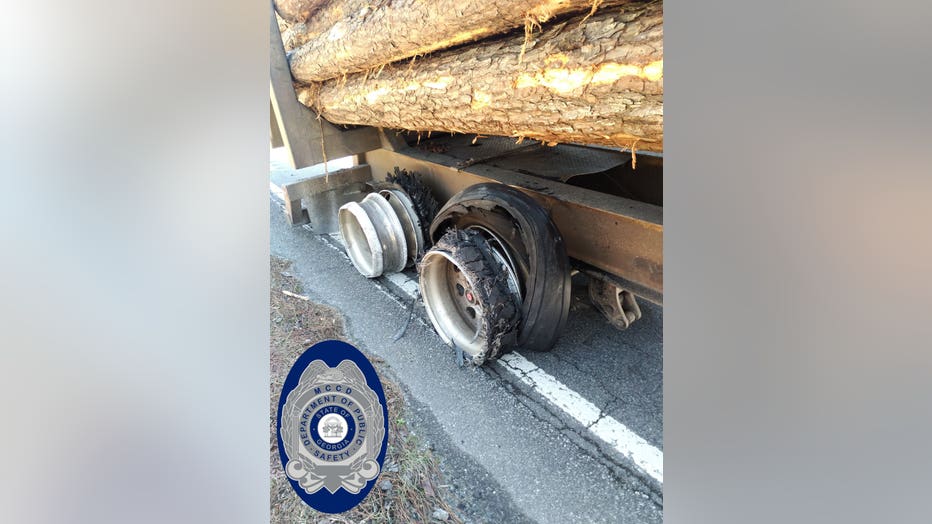 This truck driver was the Georgia Department of Public Safety's "Violation of the Week."

Officers with the Georgia Department of Public Safety shared a photo on Facebook of their "Violation of the Week" after officers pulled over a truck carrying lumber earlier.

In the photo, the two wheels visible have barely any tires left on the rims. The back rim shows just the bare hint of a tire.

Officials say the driver knowingly drove over 5 miles on his rims "because he needed to make it to the mill."

The driver, who has not been identified, has his license suspended.

"Don't ruin Georgia roads for everyone," the Department of Public Safety said on Facebook.

A Georgia trucker drove on rims for five-plus miles