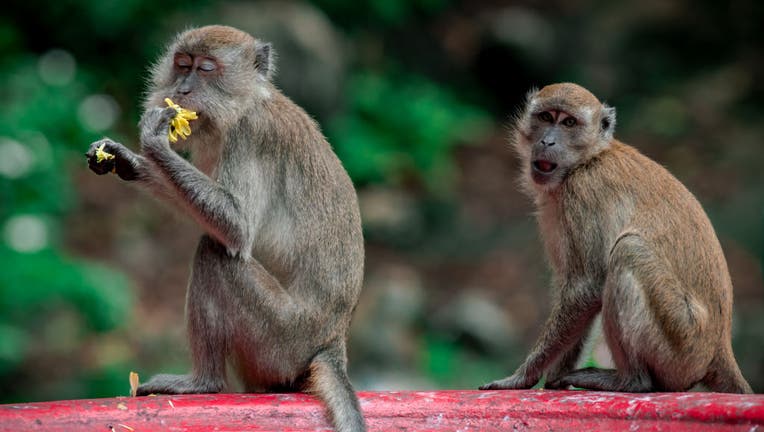 GOMBAK, SELANGOR, MALAYSIA - 2022/01/18: Two monkeys from the Macaque species are eating flowers and fruits given to them by visitors at Sri Maha Mariamman Dhevasthanam Temple during the Thaipusam celebration. (Photo by Syaiful Redzuan/SOPA Images/Li

DANVILLE, Pa. (AP) - A truck carrying about 100 monkeys was involved in a crash Friday in Pennsylvania, state police said as authorities searched for at least three of the monkeys that appeared to have escaped the vehicle.

The truck carrying the animals crashed with a dump truck in the afternoon in Montour County, Pennsylvania State Police Trooper Andrea Pelachick told the Daily Item.

The truck had been on its way to a lab, Pelachick said.

Authorities have asked residents who might see the monkeys to call state police at 570-524-2662.

It was unclear if any people or animals were injured in the crash.