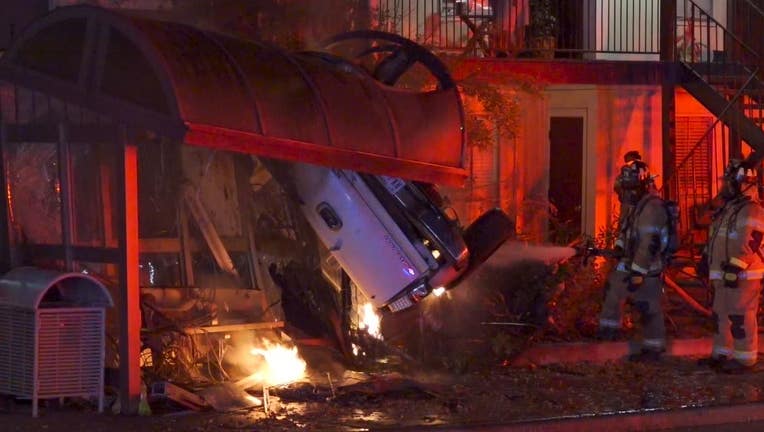 HOUSTON - Firefighters were called to a gruesome scene in the Aldine area, where a truck burst into flames after crashing.

Officials have not shared details with FOX 26, so it's unclear how the entire crash transpired.

What we do know is it happened a little before 4 a.m. in the 100 block of W Dyna between the Greater Greenspoint area and Aldine High School. 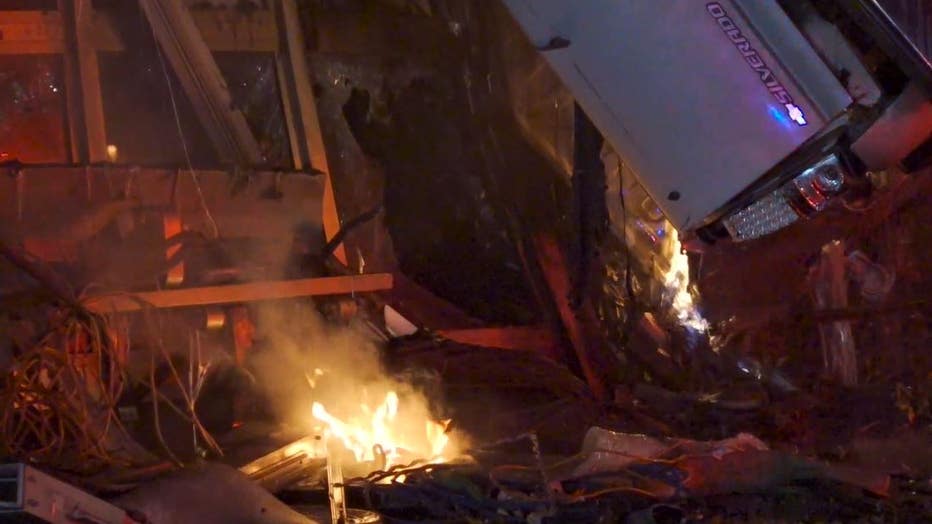 The Houston Police Department was only able to confirm so far, that the truck hit a tree as well as METRO bus shelter.

Deaths were confirmed, but police were unable to give an exact number of how many people died, as of this writing.

However, our cameras showed at least two people in body bags. 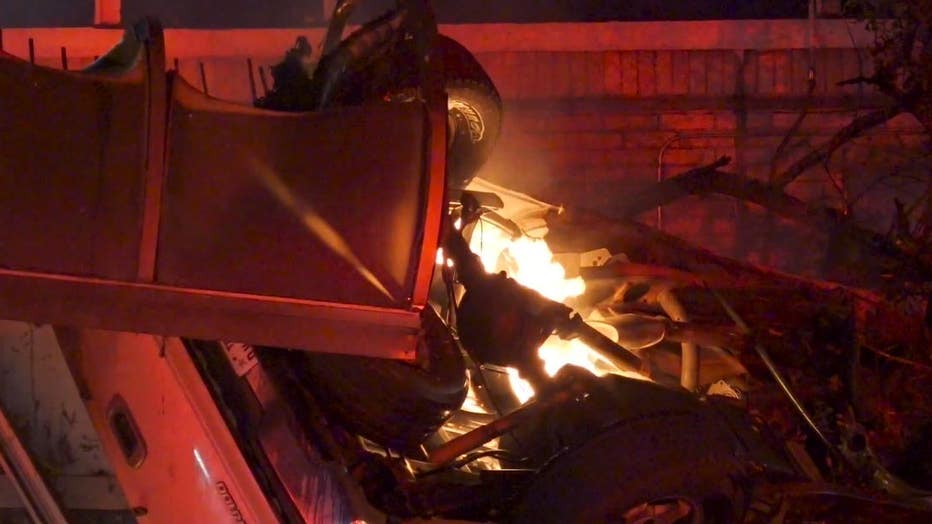 Crews were also seen putting out the flames in the overturned truck. 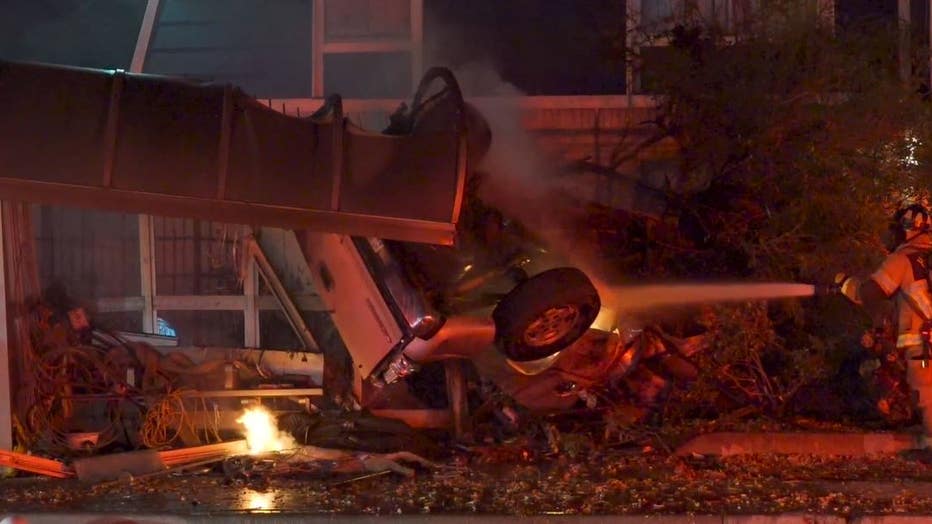 FOX 26 will continue to make updates to this developing story as more information becomes available.