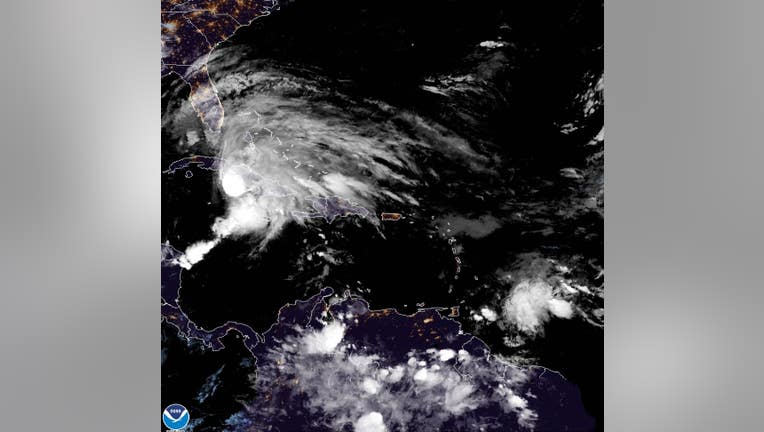 Tropical Storm Eta, which devasted parts of Central America on Tuesday, is expected to move into the eastern portion of the Gulf of Mexico starting on Tuesday, the National Hurricane Center said.

Eta, which was a major hurricane, made landfall in Nicaragua on Tuesday, made a turn, then headed back out to the Caribbean Thursday.

As of the 10 p.m. update, the National Hurricane Center said Eta has maximum sustained winds of 65 miles per hour. Eta is currently located about 355 miles south of Miami, Florida moving northeast near 13 mph.

While the storm is not expected to affect the Houston area, forecasters said a turn toward the north and northwest at a slower forward speed is expected on Sunday and Sunday night, followed by a westward motion on Monday.

Some weakening is possible as the storm makes landfall in Cuba, but Eta is expected to re-strengthen later on Sunday and could be near hurricane strength as it approaches Florida.

A Storm Surge Watch is in effect for...
- Florida coast from Golden Beach to Bonita Beach, including
Biscayne Bay
- Florida Keys from Ocean Reef to the Dry Tortugas, including
Florida Bay

A Hurricane Watch is in effect for...
- Florida coast from Deerfield Beach to Bonita Beach
- Florida Keys from Ocean Reef to the Dry Tortugas, including
Florida Bay

A Tropical Storm Watch is in effect for...
- The Cuban provinces of La Habana, Artemisa, Mayabeque, Pinar del Rio, and the Isle of Youth
- Florida coast from north of Englewood to Anna Maria Island