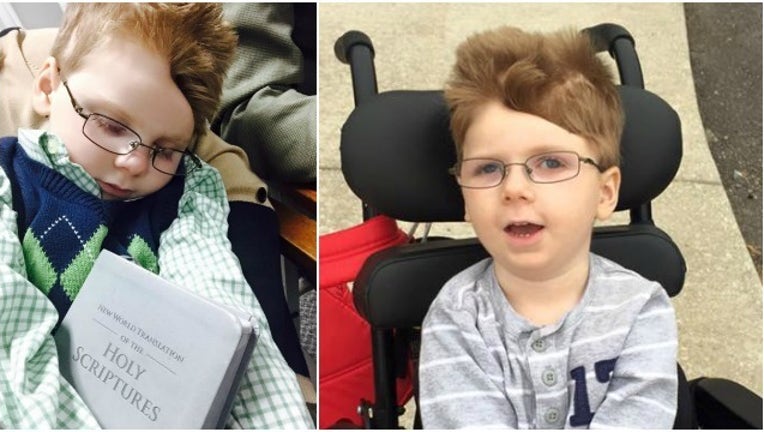 Tripp Halstead, who suffered severe brain injuries in October of 2012, is set to undergo spine surgery in April.

"The surgery should only take 3 hours and he should only be in the hospital for 7 days," Stacy Halstead said on Facebook Tuesday. "Then he will have a 6 week period at home."

Tripp was critically injured when a tree limb fell on him outside his Winder day care center and spent months recovering at Children's Healthcare of Atlanta. Tuesday, Tripp's family met with his spine doctor and learned they wanted to move forward with surgery.

"They don't actually touch his spine, they are putting two rods in his back with anchors on his hips and ribs. After the surgery he will go back every 3 months for check ups but he shouldn't need anymore back surgeries. Yay," Halstead said.

Tripp's hip surgery will last roughly 6-7 hours and will include: cutting and lengthening his tendons, cutting the femur bone and using it in his hip socket and three incisions on each side. Tripp's mother said recovery will take about 10 weeks.

Halstead said on January 8 they will meet with Tripp's neurosurgeon to find out when he needs surgery to correct the dent.