Harris County Sheriff's Office officials share details on the 'disturbing' case of an eight-year-old boy found dead in an apartment where his three brothers were living abandoned. The boy had been dead for almost a year.

HOUSTON - While the mother of an eight-year-old boy, whose skeletal remains were found in an apartment, was in court on Wednesday, Harris County officials detailed the gruesome realities of the heartbreaking case.

"There aren't many jobs in our agency that are tougher than those involving abused children," said Sheriff Ed Gonzalez during a press conference. "These incidents are horrific, heartbreaking cases of abuse and neglect, and they involve the most innocent and defenseless among our community."

On Sunday, deputies responded to a call from a 15-year-old boy who reported that his eight-year-old brother had been dead for a year and his body was in the room next to his. The teen also said that his parents had not lived in the apartment with him and his two siblings for several months.

When authorities arrived they found three boys ages seven, 10, and 15 at the apartment in the 3500 block of Green Crest near Westpark Tollway.

FOX 26 Reporter Randy Wallace has the latest as officials announced the death of a 9-year-old, who had been inside a West Harris County apartment for a year, was ruled a homicide.

"It was the most disturbing scene they worked in their entire law enforcement career," Sheriff Gonzalez said. "It seems too horrific to be real."

Sgt. Dennis Wolford, the supervisor of the homicide unit that was tasked with investigating the incident, echoed the sheriff.

"In my long time of working homicides, this one's up there," Sgt. Wolford said. "This one affected us."

They described finding the eight-year-old child's skeletal remains in plain view. The remains, according to investigators, show that the boy had died in late November of 2020.

The apartment the boys were living in was also in "deplorable" condition, infested with flies and roaches.

"We saw soiled carpet, no furniture. No furniture at all. No bedding, no blankets, nothing that that we could see," said the sheriff. "It was very bad condition for anyone, especially children to live in."

"You know one of the first things I asked them was are they hungry? They said they were and first thing -- I don't know if it's because we're cops or what but they wanted doughnuts. And we immediately went and got them Shipley's donuts," the sergeant recalls. 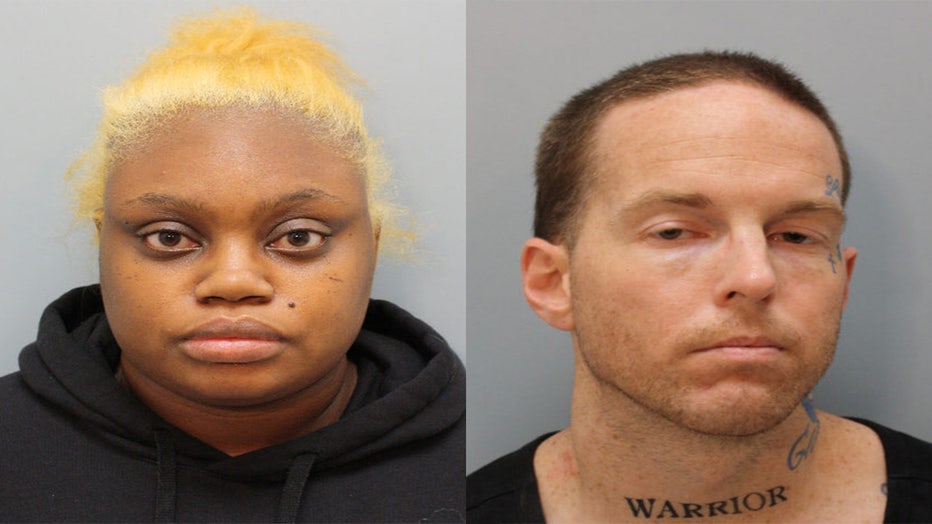 Gloria Williams, 35, and her boyfriend Brian Coulter, 31, have been charged in the murder of William's eight-year-old son.

The mother, Gloria Williams, who has a $900,000 bond for her three charges in the case, allegedly provided food to the boys by delivery service or having food dropped off on a routine basis.

But the sheriff and sergeant say they didn’t see anything healthy in the home, just junk food, noodles chips and soft drinks.

Beyond the malnourishment, the boys, who are in emergency custody of the Texas Department of Family and Protective Services, were physically abused by Williams’ boyfriend Brian Coulter. Coulter has been given a $1 million bond for the murder of the eight-year-old.

"This is a textbook case of a person that abuses children," Sgt. Wolford said.

One of the boys was beaten by Coulter several weeks ago. Wolford says the boy suffered a severe injury to his jaw, which received no medical attention until now.

"He's going to have to have surgery and that surgery will happen soon," he said.

Mother, her boyfriend taken to jail after being arrested on charges after 9-year-old's death was ruled homicide

FOX 26 Reporter Randy Wallace has the latest on the investigation and the charges the two face.

The sergeant also believes the seven- and 10-year-old boys were not ever allowed to leave the apartment. It is possible they are special needs children.

Wolford added that there is some evidence they were were locked in different parts of the apartment.

"My prayer is that the remaining children find the love, support, and protection that they so desperately need and deserve and that they have been missing for so long," Sheriff Gonzalez said. "I hope that their future is better than their past."

The sheriff closed the news conference by asking the public to step up to help prevent child abuse.

"We have a shared responsibility and shared commitment to ensure every child lives a life free from abuse. Prevention through education is key. If you're concerned about a child in your life call us at 713-221-6000. If you want to remain anonymous, call CrimeStoppers at 713 222-TIPS."

RELATED: 'These kids fell through the cracks,' says non-profit Children at Risk