The iconic movie star and singer was revealed as Robopine and was eliminated from the competition during Wednesday night's new episode.

The porcupine character won over the audience’s hearts with heartfelt numbers including "All of Me," by John Legend, "Let’s Get it On," by Marvin Gaye and Luther Vandross’ "Never Too Much" — but his performance Wednesday finally "quilled" his chances of staying in the competition.

Gibson told FOX Television Stations he didn’t expect to win the competition, but did the show for his two daughters.

"My 13-year-old gets all the credit for me doing that show," the "Fast and the Furious" star said. "She’s binge-watching ‘The Masked Singer’ every season and she's like, ‘Dad I think you should do this show.’"

Robopine’s reveal on The Masked Singer was fast and furious

After a call from his agent asking him if he would be interested, Gibson agreed. "I paused, and I said huh, I think I want to do it," Gibson said.

While Gibson never thought he would make it to the end of the competition, other contestants of "The Masked Singer" were eyeing him as the winner.

Legendary R&B singer Bobby Brown was booted from the competition last month, but predicted that Black Swan or Robopine would win the entire competition.

"I wouldn’t be who I am if it weren’t for Bobby Brown. He’s the original bad boy of R&B," Gibson said. "That means the world to me coming from him. Just knowing that he said that — it really means a lot to me."

"If I let you down Bobby, I’m sorry man. I got voted off," Gibson chuckled.

When asked whether he was working on any new music, Gibson coyly confirmed.

"I’m working on something," Gibson revealed. "I don’t know when it’s going to happen, but I feel something right now. And I like the way it feels." 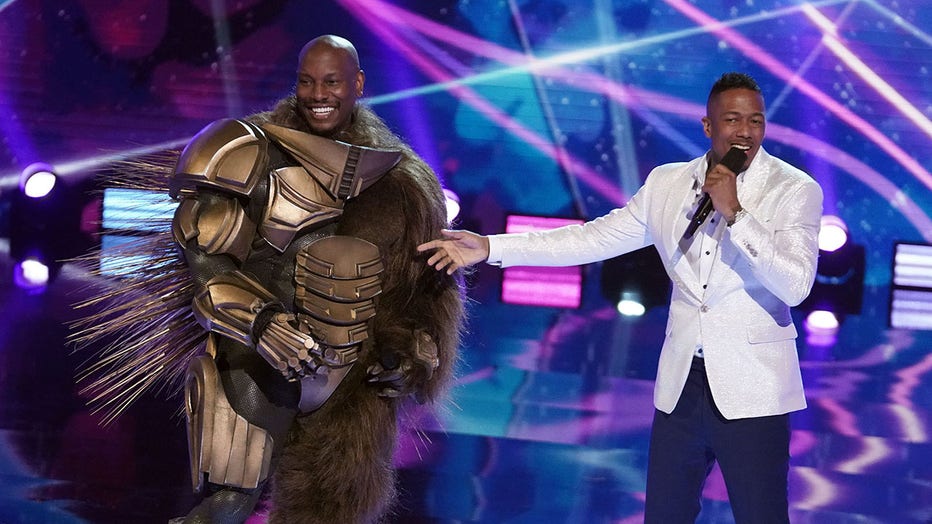 Robopine was revealed as Tyrese Gibson during Wednesday night's new episode of The Masked Singer.

Gibson may have been one of the show’s most competitive performers, frequently throwing out false clues in order to stay in the game. At one point in the show, Gibson even went as far to say he was 60 years old, had two grandchildren and was from Costa Rica.

Gibson said he had to throw off the guests because "figuring me out would’ve been pretty easy."

While Wednesday night’s iconic episode pitted the "Spicy 6" against each other and made Gibson put away his costume, it left another lucky fan with $10,000.

Bobby from Charleston, South Carolina was this week’s winner.

Questions this week included, "Will the panel see Cluedle-Doo?" "Which character will perform a Stevie Wonder song?" and "Who is going to be unmasked on Wednesday night?"

Only 14% of participants were able to correctly guess that Robopine, later revealed as Gibson, would be the contestant to be sent home.

With Robopine now out, it’s all down to the final five.